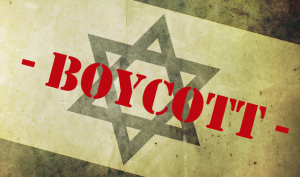 Once again the U.S. exposes the UNHRC, calling it biased against Israel, and condemns their resolution calling for a blacklist of businesses operating in Judea and Samaria.

The United States on Wednesday condemned last week’s United Nations Human Rights Council resolution that calls for setting up a blacklist of businesses operating in Judea and Samaria. Speaking to reporters at his daily briefing and quoted by Reuters, State Department spokesman John Kirby criticized the motion.

“We continue to unequivocally oppose the very existence of that agenda item and therefore any resolutions … that come from it,” he said, accusing the body of “bias against Israel.”

Kirby repeated the U.S. view that Israeli “settlement building” erodes the chances of peace with the Palestinians, but also said the creation of the blacklist would be an unprecedented step by the council and exceeded its authority.

The United States is not currently a voting member of the council, which is made up of 47 member states which are elected to three-year terms by the UN General Assembly and which may not serve more than two consecutive terms.

The resolution calls for the database of enterprises operating in Judea and Samaria to be updated annually, and was passed under the Human Rights Council’s agenda item seven, which covers the “human rights situation in Palestine and other occupied Arab territories.”

The move was condemned by Israel’s Ambassador to the UN, Danny Danon, who said, “When the UN marks Jewish business so that they can be boycotted it reminds us of dark times in the history. The Human Rights Council has turned into an accomplice of the BDS movement and its conduct is both anti-Israeli and anti-Semitic.”

“This is what the Human Rights Council chooses to debate while Europe is still reeling from a wave of terror attacks perpetrated by ISIS – the world’s worst human rights violator,” he added.

Prime Minister Binyamin Netanyahu also condemned the resolution and said that ‘the UNHRC has become an anti-Israeli circus with their attacks on the only democracy in the Middle East and their disregard for the gross violations in Iran, Syria and North Korea.”

The prime minister called on “responsible governments” not to respect the UN resolution that discriminates against Israel.