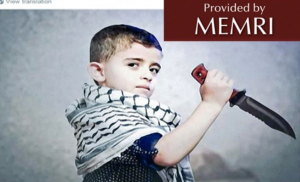 Danish Foreign Minister Anders Samuelsen is scheduled to hold a series of meetings in Ramallah on Thursday, where, according to official documents issued by the Danish government, he will announce an additional 30 million shekels ($8.3 million) in Danish funding for an organization that in turn funds a string of anti-Israel groups.

The money will go to the Human Rights and International Humanitarian Law Secretariat, an organization funded by Denmark along with Sweden, Switzerland and the Netherlands, which operates from Birzeit University, near Ramallah.

According to watchdog group NGO Monitor, a hefty portion of the Secretariat’s budget is appropriated to anti-Israel, pro-Palestinian organizations that incite to violence, glorify terror, champion the boycott, divestment and sanctions movement against Israel across the globe, seek to indict Israeli officials at the International Criminal Court and make spurious charges of Israeli “apartheid” and “war crimes.”

Prime Minister Benjamin Netanyahu met with Samuelsen on Wednesday, telling the visiting minister that the main culprit behind the absence of peace between Israel and the Palestinians is the continuous Palestinian incitement. He then urged Denmark to quit funding radical Palestinian organizations.

Olga Deutsch, director of NGO Monitor’s Europe Desk, said, “The decision of the Danish Minister of Foreign Affairs to make this one of his visit’s priorities is alarming. That this decision was made without in-depth public hearings in the Danish Parliament is inconsistent with democratic practice and good governance. Danish Members of Parliament should debate whether Danish taxpayers should transfer their hard-earned money to organizations that incite violence, glorify terror, and promote blatant anti-Semitism and BDS.”