Israel TV12 news reported Saturday night how it was the Mossad behind the successful operation in Denmark, where a cell of 20 terrorists, apprehended with weapons, were busted for planning a wave of attacks.

The Mossad was behind successful efforts by Denmark to nab a cell of 20 terrorists planning a wave of attacks, Channel 12 reported Saturday night.

According to the report, Danish security officials arrested the terrorists and seized a variety of weapons.

While Israel previously disclosed that it had provided the intelligence to obstruct an ISIS plot to bomb a United Arab Emirates Etihad Airways flight from Sydney to Abu Dhabi, Netanyahu revealed that the intelligence that broke the case was obtained through cyber tools. Continue Reading » 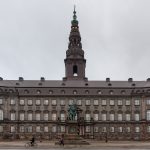 Since President Trump’s speech in Saudi Arabia and Bethlehem calling on the world to stop funding the glorification of terrorists, Denmark now follows Norway & the UN, upset having been exploited to fund a Palestinian Women’s Center that’s named after an infamous terrorist who participated in a massacre of 38 unarmed civilians on a public bus.
• Israel’s PM Benjamin Netanyahu personally praised Danish PM Lars Lokke Rasmussen for his decision.

Denmark has frozen $8 million in donor funding it had earmarked for 24 Palestinian and pro-Palestinian NGOs, pending an investigation to ensure that the funds will be used for peaceful and constructive purposes. Continue Reading »

Danish Foreign Minister Anders Samuelsen is scheduled to hold a series of meetings in Ramallah on Thursday, where, according to official documents issued by the Danish government, he will announce an additional 30 million shekels ($8.3 million) in Danish funding for an organization that in turn funds a string of anti-Israel groups.
Continue Reading »
Category: Israel News | Tags: anti-Israel bias, Denmark, incitement to violence, NGO Monitor, ‘Palestinian’ incitement
israelandstuffcom | February 18, 2016
No comments 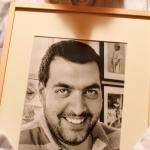 Danish Parliament honors Dan Uzan (ז”ל), who was murdered while blocking Muslim terrorist’s path, preventing the massacre of dozens of children celebrating a Bat Mitzvah in a Copenhagen synagogue.

Denmark’s Parliament instituted a new medal of civil valor named after Jewish-Israeli security guard Dan Uzan who stopped a terrorist from entering a synagogue in Copenhagen, preventing the massacre of dozens of children who were celebrating a Bat Mitzvah and paying with his life for it.

The medal also honors film director Finn Nørgaard who was murdered as he too blocked a terrorist with his body, trying to prevent him from entering the Cultural Center at Krudttønden a few hours earlier.
Continue Reading »
Category: Israel News | Tags: Dan Uzan, Denmark, terrorism abroad
israelandstuffcom | December 11, 2015
No comments 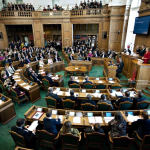 NGO Monitor addressed a special parliament session, warning them that huge amount of funds are covertly going to NGOs that acts against explicit Danish policies.

The NGO Monitor research institution on Wednesday took part in a special session of the Danish Parliament, and told Danish lawmakers the supposedly humanitarian funds their country is handing over to local NGOs is actually advancing anti-peace agendas. He revealed that Danish taxpayers’ money being sent through third party NGOs for the goal of stopping the Israeli-Palestinian conflict in fact end up funding projects that contradict the Danish government’s stated objectives. Continue Reading »

Swedish police will provide the personnel tasked with guarding Jewish institution with automatic weapons, Kevlar vests and protective helmets, as the security risk associated with the job have risen palpably in recent times.

“This is in line with a previous decision that security equipment of police officers stationed at Jewish activity centers should be strengthened,” Jessica Krasser Fremnell, press officer at the Swedish Police’s operative department, was quoted as saying by The Local, a Swedish English-language news website.

In Denmark’s press release Friday: ‘Ritual circumcision of boys has been practiced for thousands of years in the Jewish & Muslim populations. The procedure is not banned in any country.’

“When someone believes very strongly that circumcision is correct, then it is no use going against them,” agreed Lise Moller, the chief of the association’s ethics committee.

Resisting calls to ban the non-medical circumcision of boys, the governments of Norway and Denmark have taken steps to preserve the practice’s legal status.

Norway’s health ministry has submitted a bill that proposes placing some limitations and fees on ritual circumcision but not banning it outright, while Denmark’s health board issued guidelines stating that the practice is legal.

Next week Denmark is to join the growing list of EU countries in banning kosher slaughter.

Denmark on Thursday joined the growing list of European countries to ban kosher slaughter. The ban is to take effect next week, after Denmark’s Agriculture Minister signed the order Thursday.

The ban is largely symbolic, because there are currently no kosher slaughterhouses in Denmark. Nearly all meat for the country’s small Jewish community is imported. Despite this, the country’s 6,000 Jews inundated government offices with protests over the ban.

From Protecting Queen of Denmark to Israel & the IDF

From Queen of Denmark to IDF : Benjamin Schultzer, a 24-year-old Dane who at the age of 21 was recruited to the Danish army, is now serving as an IDF soldier in Hebron. At first he served with the Danish Royal Life Guard, the Danish monarchy’s guard unit, and then, during his army service, he was assigned to the UN force in Lebanon. Not once did he look over to Israel – to which he always felt great fondness. Continue Reading »

The Northern European countries say upgrade is not recognition of a sovereign Palestinian state but a sign to encourage a negotiated peace with Israel.

The governments of Denmark and Finland announced on Saturday that they would be upgrading the status of the Palestinian missions in Copenhagen and Helsinki to be equivalent to that embassies. 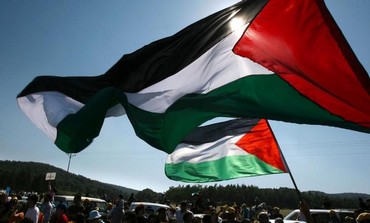 In a joint statement the two Nordic countries emphasized that the upgrade of the status “does not entail a formal bilateral recognition of a sovereign Palestinian state.”

Escalation in verbal & physical assaults in Denmark corresponds with claims by Jewish communities that anti-Semitism is rising throughout Europe.

VIDEO – Danish officials say they’re alarmed by the frequency of anti-Semitic attacks. The rise in physical and verbal assaults in Denmark is in line with claims by Jewish communities that anti-Semitism is on the rise throughout Europe. 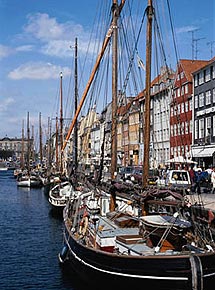 Copenhagen, Denmark. No longer a safe haven for Jews

At a forum staged by Copenhagen City Council, Danish Jews urged the authorities to take action.

Claus Bentow and his family only feel completely secure in their apartment in a middle class area of Copenhagen. Continue Reading »

Israeli and Jewish officials in Denmark on Wednesday warned Jews to avoid openly wearing religious symbols and dress when moving about Copenhagen amid rising anti-Israeli sentiments.

“We advise Israelis who come to Denmark and want to go to the synagogue to wait to don their skull caps until they enter the building and not to wear them in the street, irrespective of whether the areas they are visiting are seen as being safe,” Israel’s ambassador to Denmark, Arthur Avnon, told AFP. Continue Reading »

Jews Outraged as Circumcision Becomes an Issue in Denmark

An ex-Jew in Denmark said: Circumcision is a ritual in which ‘black-clad men’ mutilate a baby. Needless to say, Jewish communities outraged.

After Germany, where attempts to ban circumcision have caused an uproar, the issue is now making headlines in Denmark as well.

The anti-circumcision campaign in Denmark began already several years ago, but seems to have reached new heights, after an article published in the local Politiken newspaper described circumcision as a ritual involving ten people wearing black clothes and which abuses and tortures the baby.

The article was written by Kjeld Koplev, a Danish journalist who converted from Judaism to Christianity. Continue Reading »

Denmark to ban labeling West Bank products as ‘Made in Israel’, report says

Report comes after South Africa says only recognizes State of Israel within borders demarcated by UN in 1948; move is in line with U.K. recommendation from 2009.

Denmark is planning to ban labeling products from Israeli settlements in the West Bank as “Made in Israel,” the foreign minister told Danish media on Saturday. The move follows reports of similar plans announced this month by South Africa’s government.

“This is a step that clearly shows consumers that the products are produced under conditions that not only the Danish government, but also European governments, do not approve of,” Foreign Minister Villy Søvndal Søvndal told Politiken newspaper. Continue Reading »