US based Tyson Foods invests $2.2M in Israeli biotech that grows meat in labs 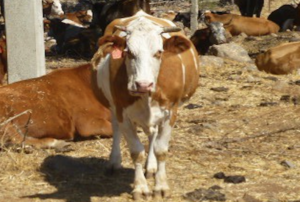 Tyson Foods, the largest U.S. meat processor, has invested in an Israeli biotech company developing a way to grow affordable meat in a laboratory that takes live animals out of the equation.

Future Meat Technologies focuses on producing fat and muscle cells that are the core building blocks of meat, and is one of several firms working on technology to meet the world’s rising demand for meat without adding more pressure on land from livestock.

The firm’s founder and chief scientist, Yaakov Nahmias, said cultured meat typically had a production price of about $10,000 per kilogram but so far his company had reduced that to $800/kg and had “a clear road map to $5-$10/kg by 2020.”

In December, Tyson raised its stake in plant-based protein maker Beyond Meat.

Demand for meat is expected to double between 2000 and 2050, when the earth’s population is set to surpass 9 billion, and proponents of growing meat in the lab say it is the only way to meet such demand without destroying the environment.

A study by Oxford University and the University of Amsterdam estimated that cultured meat would produce 96% less greenhouse gas, consume 82% to 96% less water and virtually eliminate land requirements needed to raise livestock.