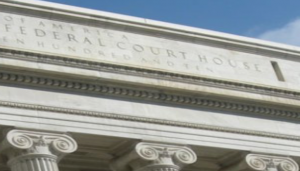 The ASA asked the court to dismiss the lawsuit, but the court rejected ASA’s argument that going forward with the lawsuit infringes on its First Amendment rights.

In 2013, the ASA promoted an academic boycott of Israel, saying it was “in solidarity with scholars and students deprived of their academic freedom, and it aspires to enlarge that freedom for all, including Palestinians.”

Last year, the four professors who are members of the association announced the lawsuit, which charges the ASA with violating the District of Columbia law governing tax-exempt nonprofit organizations.

That rule limits a nonprofit from acting beyond its chartered purposes, which in the case of the ASA, according to the plaintiffs lawyers, includes promoting knowledge and the “strengthening of relations among persons and institutions in this country and abroad.”

The boycott announced in 2013 was actually rejected by many universities in the United States and at least four quit the ASA in protest of the boycott.

Since the ASA boycott vote, the American Anthropological Association and the Modern Language Association have both failed to pass boycott measures.