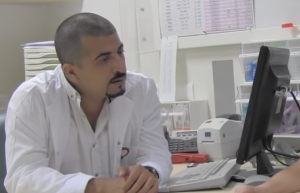 Dr. Wisam al-Jamal is one of many Palestinians whose story is rarely seen in the international media, but is far more commonly seen in Israel, acknowledging that Jews and Arabs do live and work together in peace.

You won’t see this reported in the mainstream media, but stories of coexistence like this are not at all uncommon.

Dr. Wisam al-Jamal’s story is probably ignored by the press because he’s not afraid to tell the truth – that Jews and Arabs can live together in peace, and that rather than discriminate against and oppress him, Israel provides him with opportunity and dignity in his profession.