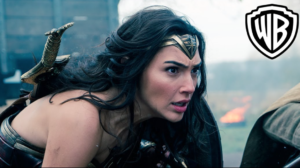 According to Variety, executives have been raising funds for the campaign to make Wonder Woman the first comic book film to gain a nomination for best picture and a campaign for Patty Jenkins to be nominated as best director. The money is being spent on advertisement and small documentaries to remind voters of the hard work in the film.

There is a small hope that this will be the first comic book film to be nominated for best picture; a nomination that has evaded Christopher Nolan’s The Dark Knight in 2010. However, there is a new generation of nominating judges so the odds have changed that a comic book can be recognized as Oscar worthy.

There has been no comment by the spokesperson at Warner Brothers.

The Oscar nomination is a long shot for a comic book film but Wonder Woman has been breaking all expectations as what can be achieved by a female director and female lead. The success of the film has helped contribute to a new wave of feminism in Hollywood. Gal Gadot and Patty Jenkins are changing the preconceived notions of what can be achieved in terms of box office by female leads and directors; creating hope that a comic book film can achieve recognition by the academy.

Wonder Woman will be going against critic favorites like Dunkirk for the nomination. Historically, the Oscars have always favored WWII historical dramas but there is a lot of hope that Wonder Woman can secure a nomination in the new Hollywood environment.

Wonder Woman has been dominating the 2017 summer blockbusters and is on track to surpass Sam Rami’s Spiderman as the highest grossing super hero origin film. The film proves that there is a market for heroes regardless of gender. It is also proves that comic nerds will dish out cash to see a film as long as it is well made.

The future of Hollywood film makers is likely to become more gender diverse as a result from the success of Patty Jenkins and Gal Gadot at the box office.