Israeli actress Gal Gadot, who already pulled out of one event honoring Brett Ratner, reportedly refused to participate in the ‘Wonder Woman’ sequel unless the producer, who faces 6 allegations of sexual harassment, was totally divorced from the project.

Israeli actress Gal Gadot has reportedly threatened not to reprise her starring role in a ‘Wonder Woman’ sequel unless filmmaker Brett Ratner, who faces multiple allegations of sexual harassment, is completely removed from the project.

According to a report by entertainment news outlet Page Six, Gadot has demanded that Warner Bros. Continue Reading » 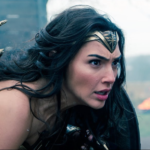 According to Variety, executives have been raising funds for the campaign to make Wonder Woman the first comic book film to gain a nomination for best picture and a campaign for Patty Jenkins to be nominated as best director. The money is being spent on advertisement and small documentaries to remind voters of the hard work in the film. Continue Reading » 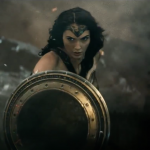 The film had been scheduled to premiere in Qatar Thursday and was being promoted by local theater chains VOX Cinemas Qatar and Novo Cinemas. But in the days before its scheduled release, the film was removed from cinema websites, Doha News reported. Continue Reading »

Palestinians are upset with past Facebook comment when Gadot said she was sending her “love and prayers to my fellow Israeli citizens. Especially to all the boys and girls who are risking their lives protecting my country against the horrific acts conducted by Hamas, who are hiding like cowards behind women and children.”

A movie theater in the Palestinian city of Ramallah has reportedly banned screenings of the new “Wonder Woman” film because it’s leading actress, Gal Gadot, is Israeli.

According to the local al-Hadath newspaper, Palestine Towers Cinema has made the decision not to screen the Hollywood blockbuster due to “political reasons related to the Israeli occupation and the Israeli actress starring in the film.” Continue Reading »