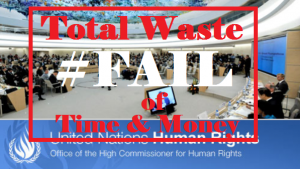 Western states on Monday boycotted the Agenda 7 debate at the United Nations Human Rights Council in Geneva, in which over 35 countries attacked Israeli human rights abuses against the Palestinians in the West Bank and Gaza. 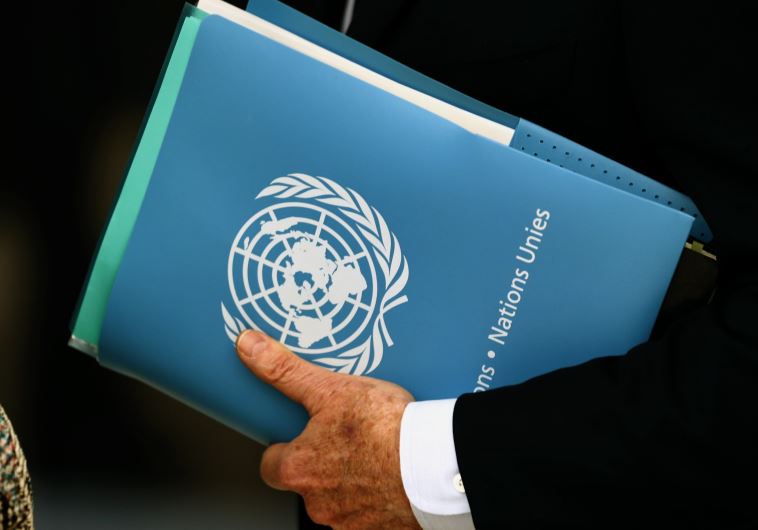 Envoy holds folder at the 31st Session of the Human Rights Council at the U.N. European headquarters in Geneva, Switzerland. – Photo: REUTERS

It was one of a number of states which took issue with the absence of Western states in the debate, which they said undermined the credibility of the council.

To protest what they believe to be the biased nature of Agenda Item 7, Israel and most western nations, including in Europe, have largely agreed not to address the UNHRC during the Agenda Item 7 discussion.

Israel boycotts that agenda item, which is debated three times a year. Typically, however, a few scattered Western states, mostly from Europe take the floor. They also vote on anti-Israel resolutions put forward under Agenda Item 7.

In the absence of any such resolutions in this session, none of the Western countries spoke under Agenda Item 7. This included those from Europe.

For the last three years Israel has actively pushed for countries to boycott Agenda Item 7, but this is only the second time that Western countries have fully complied.

Israel’s neighbors, along with countries from Africa, Asia and Latin American all took the floor against Israel, including Russia, which earlier this month hosted Prime Minister Benjamin Netanyahu. It blamed the Israeli-Palestinian conflict on the radicalization of the Middle East.

The Palestinian Ambassador to the UN in Geneva Ibrahim Khraishi charged Israel with “war crimes.”

The African Group said that Israel must immediately leave the West Bank and east Jerusalem. It also called on it to end its “blockade” of Gaza.

There must be an” immediate end to Israel’s occupation, settlements, blockade on two million people in the Gaza Strip, the detention and imprisonment of thousands of Palestinians, and all other forms of collective punishment targeting the oppressed Palestinian people,” the African Group said in a statement that was delivered by South Africa on its behalf.

The call by the African Group comes in advance of Netanyahu’s highly publicized visit to the African continent later this month to deepen ties between Israel and that continent.

But at the UNHRC, the African Group spoke against Israel and in support of Palestinian statehood. International diplomatic efforts to solve the Israeli-Palestinian conflict have in the past assumed a two-step process to peace, in which Palestinian statehood would be achieved only once there was a final status agreement in place between the parties to end hostilities.

Palestinians have pushed to separate their right to statehood from the resolution of the conflict.

The African Group told the UNHRC that the Palestinian people have a right “to self-determination and to a state on the basis of the borders of June 4, 1967, with east Jerusalem as its capital,” the African Group said.

“The international community must rise up to its responsibility and take urgent action to address this situation,” the Africa Group said.

“It is incumbent upon us to pay our primary attention to the plight of the people in the occupied Palestinian territories, who suffer from a dire human rights situation as a result of the occupation,” the African Group said.

Hillel Neuer, the executive director of the Geneva based NGO Human Rights Watch, lauded those countries which did not attend the Agenda Item 7 debate.

He called it “selective” and “unfair” and charge that it was an attempt by the UNHRC to delegitimize Israel.

For all its flaws, he said, Israel is the only country in the Middle East whose hospitals treat people of all faiths. It is also a world leader in the development of vital technologies, such as desalinization and drip irrigation, Neuer said.