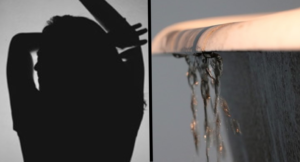 According to Channel 12, the police investigator said: “Yesterday, during the early evening hours, we received a report of a child screaming and crying from inside an apartment. Police officers arriving at the scene discovered a locked apartment and entered exactly when the owner arrived. In the bathroom, they identified a girl of about five who was tied up and bound hand and foot, with bruises all over her body.”

“The girl was lying covered in her excretions and blood, unable to move. After the parents, who had returned home, were questioned, they were arrested and brought for an extension of their arrest.”

The father’s attorney responded: “The suspect denies some of the actions and admits to others.”

Lod Mayor Yair Revivo told Army Radio that “the mother is from Kuwait and the father is from the Palestinian Authority, both are in Israel illegally and there was no way to handle this – they are not registered anywhere.”

The father, 51, is married to two women, one from the Palestinian Authority (PA) and the second, the girl’s 35-year-old mother, from Kuwait. The mother arrived in Israel via Ramallah. The father has a total of 16 children, 12 from his PA wife and four, including the girl in question, from his Kuwaiti wife.

“The family is not known to the Welfare Authority, did not request help or aid, and certainly the children were not recognized as children at risk,” representatives from the Lod municipality said. “We are learning the details and examining all of the information.”