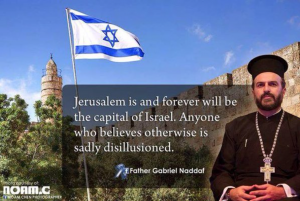 IDF Spokesperson Brig.-Gen. Hidai Zilberman said that the combined rocket attacks towards Jerusalem, Gaza border communities and the anti-tank guided missile that hit a civilian vehicle “is a significant event that won’t go by quietly.”

According to Zilberman, “Hamas will feel our response to this event…it will not last several minutes, but days.”

Calling it an “inexcusable event,” Zilberman warned that “If Hamas doesn’t understand it yet, they will understand after what we do. We have a number of options on the table.”

**BREAKING **#Jews at the Western Wall who came to celebrate #Jerusalem Day, get excited when #Palestinians planning to do them harm screw up, setting fire next to #AlAqsaMosque on the Temple Mount.

The escalation in the South came after a day of violence in Jerusalem where tens of thousands of Israelis gathered to celebrate Jerusalem Day, marking the liberation of Israel’s capital city in 1967. Violence broke out on the Temple Mount and around the Old City. Dozens of Palestinians and Israelis were said to have been injured during the clashes.

Jerusalem is the historical capital of the Jewish people & the State of Israel. The Bible refers to Jerusalem (667) and ‘Zion’ 850 times.
– It is not mentioned a single time in the Holy Qur’an, nor is it even mentioned in the PLO Charter.

Jews throughout the world pray facing Jerusalem; where all praying Muslims face Mecca.

Although conquered by numerous nations throughout the centuries, with almost all of them having perished, Jerusalem has NEVER been the capital of any other nation except Israel & the Jewish People, nor has it ever been holy to Muslims.

Jordan ethnically cleansed the captured areas of Judea and Samaria of its entire Jewish population, renaming the Jewish territories, ‘the West Bank’, forbidding Jews access to any of their Holy sites, synagogues or Jewish cemeteries… most of which were destroyed and the headstones used to tile paths or make stairs. 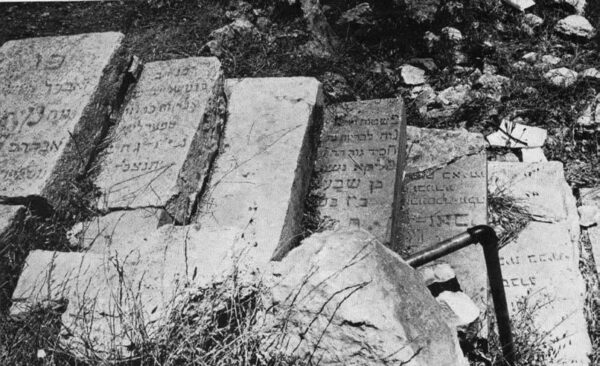 With the victory of the Six Day War, Israel united all of Jerusalem after its 19-year-separation of its 5000 year history.

The Jewish State allowed the Arab (Jordanian) residents to stay in their homes, allowed them access to all their holy places and even (foolishly) allowed Jordan’s ‘Waqf’ to take control of the Muslim mosques on the most Holy Jewish site, the Temple Mount, to demonstrate Israel’s desire to coexist in peace.

– That didn’t work out so well for Israel.

The ethnic cleansing of Jews from the Old City of Jerusalem by the Jordanian Army. – June 1948 – Life Magazine

If you have a Facebook account, here’s a photo-essay by Life Magazine, documenting the 1948 ethic cleansing of the Jews from Jerusalem and the Old City by a vicious Jordanian Army: