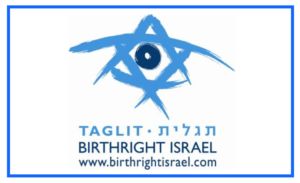 A pro-Palestinian Jewish group in the United States is waging a campaign to convince young Jews to shun Birthright – a program that offers free 10 day trips to Israel to strengthen diaspora Jews’ connection with the Jewish state.

The Jewish Voice for Peace (JVP) advocacy organization is urging 18-26 year-olds eligible for the trips to sign a ‘pledge’ that they will “not go on a Birthright trip because it is fundamentally unjust that we are given a free trip to Israel, while Palestinian refugees are barred from returning to their homes.”

Just meters away from Lebanon, a Birthright group visits an IDF platoon at a border outpost  to see how Israelis their own age protect Israel’s northern border. – Photo: IsraelandStuff PP

“We refuse to be complicit in a propaganda trip that whitewashes the systemic racism, and the daily violence faced by Palestinians living under endless occupation,” the pledge continues, concluding that “Our Judaism is grounded in values of solidarity and liberation, not occupation and apartheid. On these grounds we return the Birthright, and call on other young Jews to do the same.”

Any Diaspora Jew aged between 18 and 26 is in theory eligible to take a Birthright trip, which are funded jointly by the Israeli government and private donors, including casino and media mogul Sheldon Adelson.

More than 600,000 people have participated in the program since its inception in 1999, according to their website, which also claims that the journeys have tipped $1 billion into the Israeli economy during that time.

The trips take youngsters to spots across Israel that are important to Jewish history including Masada, the Western Wall and Yad Vashem, but are also notorious for including raucous nights on the town.

Palestinian areas under Israeli military control are not included in the itineraries.

“As young Jews, we #ReturnTheBirthright. We implore other young Jews on our campuses and in our communities: don’t go on a Birthright trip to Israel.” JVP writes in the campaign manifesto. “Don’t take a trip sponsored by conservative donors and the Israeli government, where the ongoing oppression and occupation of Palestinians will be hidden from you, just because it’s free.”

The campaign comes as students head back to campuses for the start of the academic year and Birthright will be looking to sign up participants for the busy schedule of winter trips.

JVP, active on campuses across the United States, describes itself as a group that “opposes anti-Jewish, anti-Muslim, and anti-Arab bigotry and oppression.”

It has been active in encouraging commercial, academic and cultural boycotts of Israel through the Boycott, Divestment and Sanctions (BDS) movement.

The Anti-Defamation League, a US-based NGO dedicated to fighting anti-Semitism, claims that “JVP uses its Jewish identity to shield the anti-Israel movement from allegations of anti-Semitism and to provide the movement with a veneer of legitimacy.”

Looking for Information about Taglit-Birthright, and visiting Israel?

Check out the Israel and Stuff —> Birthright page! <— and find out how to get your free trip!