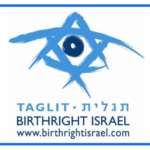 A pro-Palestinian Jewish group in the United States is waging a campaign to convince young Jews to shun Birthright – a program that offers free 10 day trips to Israel to strengthen diaspora Jews’ connection with the Jewish state.

The Jewish Voice for Peace (JVP) advocacy organization is urging 18-26 year-olds eligible for the trips to sign a ‘pledge’ that they will “not go on a Birthright trip because it is fundamentally unjust that we are given a free trip to Israel, while Palestinian refugees are barred from returning to their homes.” Continue Reading »

Birthright: To Fight BDS, One Must Know Israel

The intimate encounter American students have with Israelis their age & the strong bonds that are created help these youngsters return to their campuses with the tools to effectively & correctly confront hostile attacks, armed with their positive and powerful experience in Israel.

Delegates of the American Anthropological Association recently passed a resolution to boycott Israeli academic institutions at their annual conference in Denver, Colorado. Now the association’s 12,000 members worldwide will be asked to approve or reject the decision. If approved, the boycott will focus only on Israel’s academic institutions at first, but it could snowball into legitimizing additional boycotts that will hurt Israel’s image and undermine its social, industrial and economic fortitude.

The Ministry of Diaspora Affairs is planning a 3-pronged program to encourage mass aliyah of  French Jews with a focus on jobs, education & housing.

The Israeli government has been planning a new program to encourage French Jews to make Aliyah, Maariv reports Friday.

The program, which will be implemented over a 3-year period, is intended to help French Jews emigrate to Israel on a large scale – following reports that French Jewry has been leaving en masse due to anti-semitism.

The program will also receive state funding, according to the report.

According to information gathered at the Ministry of Diaspora Affairs, tens of thousands of French Jews emigrated in 2013 to London, Canada and the United States. Continue Reading »

Birthright Receives Another $40 million donation from the Adelsons

“Sheldon and I are committed to improving the world through cultural exchange and educational opportunity,” said Miriam Adelson.

Their latest gift brings the couple’s overall donations to the program to $180 million.

“Sheldon and I are committed to improving the world through cultural exchange and educational opportunity,” said Miriam Adelson in a statement released Wednesday by Birthright Israel, which offers Jews aged 18 to 26 a free 10-day trip to Israel.

PM Netanyahu: After election, Iran will remain my top priority

PM Benjamin Netanyahu speaking at an event marking the 13th anniversary of Taglit-Birthright Israel program, calls on the world to wake up, saying that the real danger to int’l peace comes from Iran & Syria, not from Israeli construction in Jerusalem.

Prime Minister Benjamin Netanyahu said on Monday that dealing with the Iranian nuclear threat would continue to be his top priority following the upcoming Knesset election on January 22.

Speaking at an event marking the 13th anniversary of the Taglit-Birthright Israel program, Netanyahu dismissed international criticism of Israel’s construction policies in and around Jerusalem, saying that the real danger to world peace came from Iran and Syria.

Not many remember that when the flagship program 13 years ago was launched, it had many detractors. But today, few initiatives enjoy this much support from the Jewish world.

Some critics see Taglit-Birthright as nationalist and right-wing, but the former leader of Israel’s left and architect of the Oslo peace process isn’t worried at all.

“People say Birthright is right-wing but they’re wrong,” says Yossi Beilin, a former head of Israel’s justice, economics and religious affairs ministries. “I’m all in favor of a debate on Israel’s policies and don’t think Jews in the Diaspora should blindly support it, but this has nothing to do with visiting Israel.” Continue Reading »

The 4-year old program is replacing its staff in New York, Philadelphia, Los Angeles and other cities where there are large concentrations of Birthright alumni, for whom NEXT, until recently, directly created and hosted activities. Instead, NEXT has hired regional directors who are directing alums to already established organizations. Continue Reading »

Sheldon and Miriam Adelson give $13m. to Birthright-Taglit

American Billionaire couple says the donation will bring another 5,000 young adults on free trips to Israel in 2012.

Jewish-American billionaire Sheldon Adelson and his wife Miriam donated 13 million dollars to Birthright-Taglit, it was announced on Tuesday.

The couple’s gift to the organization, which brings young Jewish adults on free trips to Israel, came in addition to the 20 million dollars they already gave it earlier this year. 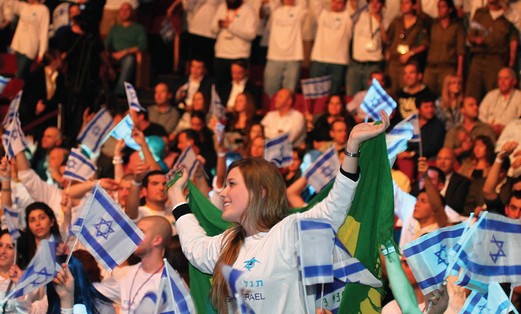 “We are so grateful to the Adelsons for all they have done for us,” said Gidi Mark, CEO of Taglit-Birthright Israel. “This new gift brings their total giving to over $140 million and moves us significantly toward our target of 42,000 participants this year.
Continue Reading »
Category: Jewish News | Tags: Birthright-Taglit
israelandstuffcom | May 16, 2012
No comments

The Bible Lands Museum is launching on Wednesday a new tour created for Birthright that shows the Bible as Israel’s true birthright.

The Bible Lands Museum is launching on Wednesday a new Jewish Heritage Tour created for Birthright-Taglit that shows the Bible as Israel’s true birthright.

The Museum is gearing up for 1,200 Birthright visitors from North America, and the tour is part of the Museum’s Birthright Israel Education Fair.

“Understanding the legacy of the Jewish people in modern Israel is inseparable from understanding the importance of our biblical history – our birthright,” says Amanda Weiss, director of the Bible Lands Museum Jerusalem. Continue Reading »