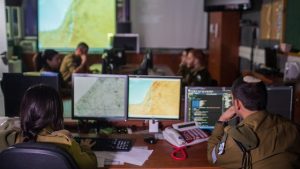 Australian-Lebanese Khayat brothers were planning to hand a bomb disguised as a meat grinder to a third brother, Amer, as he was about to board an Etihad Airways jet from Sydney to Abu Dhabi.

A fourth brother, a member of the Islamic State group, is said to have overseen the plot from overseas, with the bomb components and assembly instructions provided by the group.

However, the bag with the IED never left the airport — Amer was asked to re-package his luggage, and Khaled decided to abort the attack, as the risk of detection was too big.

After the first plot failed, the two brothers were reportedly planning a poison gas attack.

The plane bomb plot was also reportedly part of a family feud, with the three brothers outraged over the unwitting suicide bomber’s behavior.

According to the judge, the victim’s behavior — drinking, clubbing and gambling — and homosexuality prompted the brothers to plant the bomb on him, potentially sealing his own fate.

The two plotters were eventually arrested on a tip-off from Israel, with the IDF later revealing that the crucial intelligence came from its secretive Unit 8200.

Unit 8200 is an elite high-tech division within Israel’s military intelligence that deals with electronic communications and signals intelligence.