Daughter of Iranian Ayatollah to Meet Shimon Peres in Israel 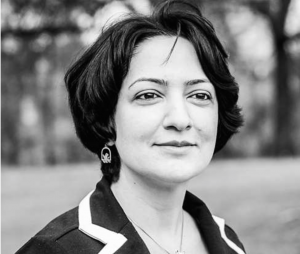 Daughter of prominent Iranian Ayatollah to meet with former Israeli president Peres with message of peace & economic cooperation for Israel.

Former Israeli President Shimon Peres will meet an Iranian peace activist who arrived in Israel on a special visit to promote peace in the Middle East on Monday, a statement from Peres’ office said.

Maryam Faghih Imani, the daughter of Sayed Kamal Faghih Imani, a senior Iranian Ayatollah, “came to Israel to convey a message of reconciliation and dialogue among peoples,” the statement reads.

Imani and Peres will meet at the Peres Center for Peace to discuss projects to promote peace between nations in the Middle East, and the development of cross-border initiatives.

The meeting will also be attended by Iranian-born Israeli singer Rita, whose 2012 album “All My Joys,” which was also sung in Persian, was popular in both Israel and Iran.

Imani ​grew up playing with the children of other prominent ayatollahs, including those of the Iranian Supreme Leader Ayatollah Ruhollah Khomeini, and attended a religious institution, where Israel was erased from all maps and there was no mention of the Holocaust in any history books.

“On TV we couldn’t watch all sorts of movies but the series we were allowed to watch were censored,” she told Tablet Mag in April.

“There was no mention of Jewish people. The state translated and edited stuff and so often times we didn’t know that a movie about the war in Europe was about Jewish people going through the Holocaust. And when it comes to case of Israel, everything was very hostile. All we learned was made up news and the main message was that Israel is the bad guy.”

But today she preaches the value of tolerance and urges the people of the Middle East to “walk the talk.”

Imani is the chairman and founder of the Centre for Cultural Diplomacy & Development (CCDD), which “promotes democracy and tolerance, and provides an entrepreneurship platform for youth and women in the Middle East.”

“The Middle East is the land of differences,” she told the crowd at a recent Harvard Business School conference on building bridges between Iran and its regional rivals. “We have to learn how to seize this opportunity and make the best out of it.”

“I am not a pro Israeli, nor a pro Palestinian or pro Iranian regime but a pro democracy, a pro freedom and a pro peace,” she added.

While studying and researching in Malaysia, Norway, Finland, Portugal, Germany, she befriended many Jewish people and “got to learn a lot about their culture and saw a lot of similarities in Persian and Jewish culture….I started thinking we should be able to get back on the same track,” she told Tablet Mag.