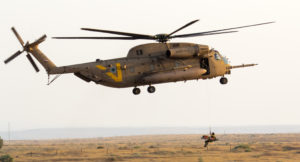 Wednesday, a girl wrote her friend: “Everything is yellow, disgusting.” Her friend responded: “I cannot believe that I am actually going out on this trip in this weather. It makes no sense to go to a place prone to flooding. It is tempting fate. We will die, I am serious.”

A third friend wrote: “It is really strange that they are going ahead with the trip like this.” A fourth friend tried to calm them: “Stop exaggerating, I suppose they are rational and will take you somewhere else to sleep indoors.”

The girl who expressed apprehension about the trip was one of the victims of the flood.

Moreover, texts that the students received before the trip reveal a sense of complacency despite the fact that the weather was known to be getting stormy in the south, including flooding. “Do not worry, we are well prepared for the trip and the academy confirmed with the relevant sources. It will be fun and wet,” a counselor wrote.

She further wrote: “In order to be prepared for any rain, add a few things to bring: a portable tent, a raincoat, a rain cover for your backpacks, a bag with a spare set of dry clothes in case its necessary.”

The original trip itinerary was supposed to be at Tze’elim Stream and in one of the texts the counselor wrote: “Currently we are working on an itinerary that does not include descending to the riverbed, it will be safe.”

Another text said: “As some of you may have noticed, some of the trip days will include rainy weather in the south, but the trip will of course proceed.”

In Thursday’s disaster, eight girls and a boy from a pre-Military academy lost their lives in the flood. Their families were notified. Another two were taken to the hospital with light injuries. Eleven more students were extricated safely and did not need hospitalization. Due to the darkness, the search for one girl who remains missing was called off.

It is still unclear why the group went on a trip in the region, despite that the forecast indicated flooding in the area. The police opened an investigation into the circumstances of the disaster and are expected to investigate the head of the academy and other bodies in the education system.

Three girls studying in the twelfth grade of the Maccabim-Re’ut High School were supposed to take part in a trip to Nahal Zafit that ended in tragedy, but eventually decided to cancel their participation because of a math test.

The group bonding tour, which was accompanied by two counselors and a medic, started Wednesday and was supposed to continue until Friday. Yesterday the participants took part in activities in a variety of values and historical content. They started the morning with group activities and after eating together they set out for the area where the disaster occurred.

After the extent of the disaster became known, an exchange of accusations began between the education and defense ministries. Despite the fact that most of the participants in the trip are 12th graders, the Education Ministry said that the permit was not brought to the ministry’s situation room, and that it was not customary to take a pre-military program. After the disaster became known, the Education Ministry remained unaware that 12th graders also participated.

The Defense Ministry strongly criticized the Education Ministry, casting the blame on it.