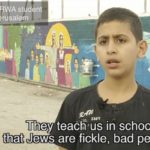 Former-Jerusalem Mayor Nir Barkat had been advocating for the closure of the Hamas endorsed UNRWA schools for years, arguing that all the schools in metropolitan Jerusalem should be overseen by the Israel Ministry of Education.

The Israeli government has decided to shut down schools operated by the UN Relief and Works Agency (UNRWA) in Arab neighborhoods of Jerusalem.

While there are numerous refugee populations in the world, the only one enjoying the support of its own dedicated UN agency (UNRWA) is the so-called Palestinian “refugee” population (though it is debatable whether or not they can even be called genuine refugees). Continue Reading » 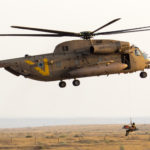 Wednesday, a girl wrote her friend: “Everything is yellow, disgusting.” Her friend responded: “I cannot believe that I am actually going out on this trip in this weather. Continue Reading »

Education Minister, ‘Incitement to violence is not education’: Education Ministry outraged with school play where a student is portrayed as an IDF soldier shooting a Palestinian child and students singing songs that praise terrorists who murder Jews.

The principal and a teacher at an east Jerusalem elementary school were fired this week for allegedly inciting and encouraging violence against Israeli soldiers.

A student hurls stones with a slingshot at Israeli troops during clashes in Hebron on Wednesday – Photo: AP

Education Minister Naftali Bennett, who has summoned the pair for a hearing, said Wednesday that “incitement to violence is not education, and anyone found to be inciting will not be part of the [education] system.” Continue Reading »