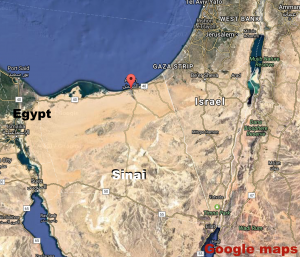 Meanwhile, the Coptic Church in Egypt said that dozens of Christian families living in the northern Sinai had been forced to flee their homes due to violence from Salafist radicals against Christians.

The Islamic State group in Egypt announced that it would murder “Christian crusaders.” According to Egyptian media reports, seven Coptic Christians were recently murdered in the city of El-Arish in attacks carried out by extremist Islamists who identify with Islamic State.