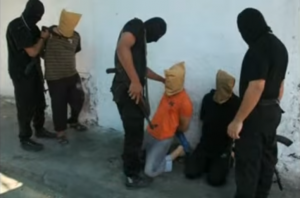 In 2014, an intermediate EU court ordered the EU’s executive branch to remove Hamas from its list of terror groups.

The EU, which is on record as wanting to continue to list Hamas as a terror group, appealed that ruling to its top court, the European Court of Justice.

In September 2016, the advocate-general of the European Court of Justice, whose advice is usually followed by the judges, recommended that the court uphold the lower court ruling and remove Hamas from being listed as a terror group.

Both decisions received rebukes from Israel, with Prime Minister Benjamin Netanyahu blasting the lower EU court ruling as “staggering” and “hypocrisy,” while the Foreign Ministry had said it expected the EU to fix the situation.

In the 2016 recommendation, Advocate-General Eleanor Sharpston said that the EU governments should independently present evidence on attacks perpetrated by the groups, and that information from outside countries such as the US was not sufficient.

“The council cannot rely on facts and evidence found in press articles and information from the Internet,” The Wall Street Journal quoted Sharpston as saying.

Sharpston’s comments reflected the 2014 order by the lower court to strike Hamas and the Tamil Tigers of Sri Lanka from the EU’s list of designated terrorist organizations.

The lower court had argued that the decision to include Hamas on the listing was based merely on media and Internet reports.

EU foreign policy chief Federica Mogherini issued a statement soon after the 2014 decision saying that the decision by the court taking Hamas off the terrorist list and freeing up its frozen funds in Europe “was clearly based on procedural grounds and did not imply any assessment by the court of the merits of designating Hamas as a terrorist organization.”

Herb Keinon, The Jerusalem Post and Reuters contributed to this report.