The motion, approved by a vote of 82-68, urged the Dutch government to reject the ruling unless similar standards are applied to all disputed territories worldwide, saying that singling out of Israel in this matter was discriminatory. Continue Reading »

EU court: Products from Jewish towns in Judea & Samaria to be labeled

As opponents brand the European Court of Justice’s new regulations ‘a new kind of yellow star’, the ruling demands all “foodstuffs originating in the territories occupied by the State of Israel must bear the indication of their territory of origin,” insisting that the Jewish products can no longer carry the generic “Made in Israel” label.

The European Union’s top court ruled Tuesday that EU countries must identify products made in Israeli settlements on their labels, in a decision welcomed by rights groups but likely to spark anger in Israel.

The European Court of Justice said that “foodstuffs originating in the territories occupied by the State of Israel must bear the indication of their territory of origin.” Continue Reading » 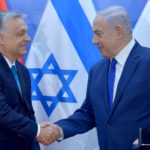 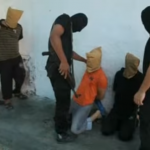