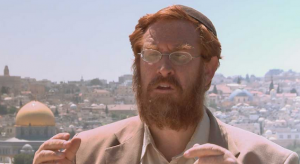 Ahmad Salamah’s (pictured in Tweet below) suspicious death was noted by Likud lawmaker Yehuda Glick, who alleged that the PA had killed him for his role in brokering land sales to Jews, a crime punishable by death.

“Today he was killed in Jaljuliya within Israel as a result of gunfire. Do not be surprised that you do not hear Arab MKs who condemn it!” tweeted Glick.

“According to Palestinians, Ahmad Salameh, known as Ahmad the Bedouin, was an intermediary in the sale of land to Jews and was wanted by the PA security forces. Is it possible that the PA is operating in Israel?”

A court issued a gag order on most of the details of the investigation for seven days. A relative said that Salameh’s killer escaped.

Under PA law, selling of land to Jews is illegal and punishable by death. However, such sentences must be approved by the PA chairman, and current chairman Mahmoud Abbas has preferred to authorize life sentences for such offenses, possibly due to fear of an international backlash.

In 2014, Abbas toughened the PA law against selling property to Israeli Jews, so that any Palestinian Arabs involved in renting, selling or facilitating real estate transactions with citizens of “hostile countries” in any way would receive life imprisonment and hard-labor.