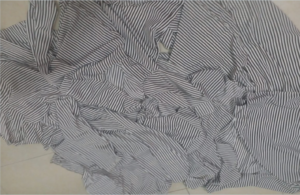 The report also cites Palestinian media and social media saying at least 1,500 terror kites are being prepared for the protests.

Earlier in the day, the Israel Air Force completed a mass exercise simulating operations in Israel’s north and south.

Gazans will wear these uniforms that resemble what prisoners wore in concentration camp when marching to the border with Israel, reports @ohadh1 pic.twitter.com/UzBV7gFcl1

Palestinians in Gaza refrained from protests earlier this week during Naksa Day, with many seeing a sign they would protest heavily during Quds Day on Friday, an Iranian-backed day held on the last Friday of Ramadan in support of Palestinians and in opposition of Israel.