With large-scale diversion of financial aid to Hamas leaders’ personal accounts or terror tunnels, the lack of sewage treatment could contaminate Gaza’s drinking water or cause a regional cholera or typhoid outbreak, then direct fault at Israel.

Gaza could be a ticking time bomb of disease for the region if a serious sewage issue is not fixed, an Israeli environmental group warned on Thursday.

Gidon Bromberg, founder and Israel director of EcoPeace, told The Jerusalem Post that although there is a sewage treatment plant in the Gaza Strip, it does not have enough electricity to run. This means some 90 million liters of raw sewage are flowing into the Mediterranean Sea on a daily basis, as well as into underground aquifers. 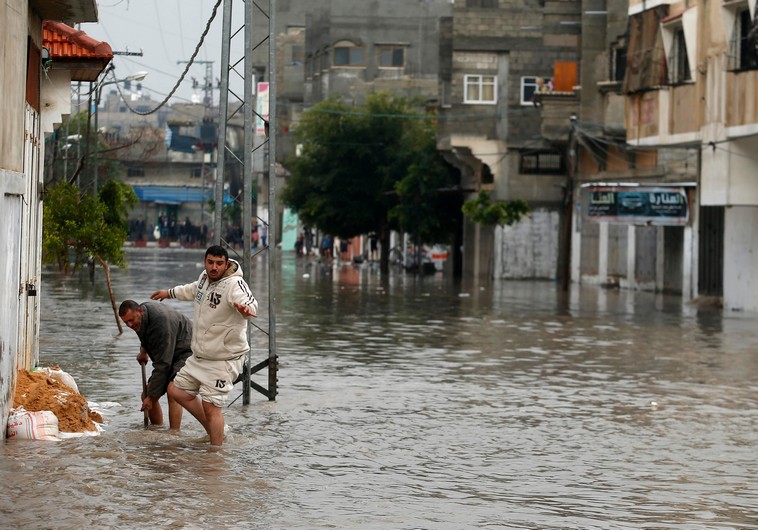 This has serious implications for Israel and Egypt, especially for residents who live closest to Gaza and would be most affected if diseases such as cholera or typhoid were to break out and then enter the region’s drinking water. “This becomes a ticking time bomb,” he said.

“This is a classic example where nature knows no borders,” he said. “If pollution exists on one side, it very quickly moves to the other side, because that’s the way nature takes it.”

Though there are desalination plants in the Strip, it does not clear the water of pollutants, according to a statement from EcoPeace.

Another way the sewage problem in Gaza literally spills over to Israel is when sewage flows northward to Israel’s coast, polluting the water and causing desalination plants to shut down.

He said that EcoPeace was told by the Israel Water Authority that in February the Ashkelon desalination plant had to be shut down for up to four days due to sewage pollution.

Bromberg says the solutions rest on the Israeli government, including the Environmental Protection Ministry, the Energy, Water and Infrastructures Ministry and COGAT. He called on the government to approve the increased sale of water and electricity to Gaza.

In terms of water, he said the amount would need to go from 5 million cubic meters to 10 mcm, noting that the current water pipeline has the capacity for up to 20 mcm.

Meanwhile, the sewage treatment plant needs 3.5 megawatts of electricity initially and would eventually need up to 11 MW, he said.

The respective government ministries involved have declared their intentions to move forward but so far, no concrete steps have begun.