IDF: Israel Will Evacuate a Million Lebanese to ‘Unsheild’ Hezbollah in Event of War

The Israel Defense Forces (IDF) would evacuate over a million civilians from southern Lebanon should a new war with Hezbollah erupt, the Jerusalem Post reported Thursday, citing a senior military source.

In the event of large-scale Hezbollah rocket and missile attacks on Israeli, the IDF would proceed with mass evacuations within 24 hours before conducting aerial strikes and a ground offensive, the source said.

According to the Jerusalem Post, Israel would use this new strategy to counter the Shiite Islamist group’s battle doctrine of using civilian areas as military bases.

Israeli military officials say Hezbollah has recently moved most of its military infrastructure into the Shiite villages of southern Lebanon in order to use the civilian residents there as a human shield in case another war breaks out with Israel.

“If we have no choice, we have to evacuate 1 million, 1.5 million residents in Lebanon, and act,” the source was quoted as saying. “Hezbollah should not plan to fire on us and try to kill our civilians, and expect that we would respond by acting according to standards it seems to think only exist here.” 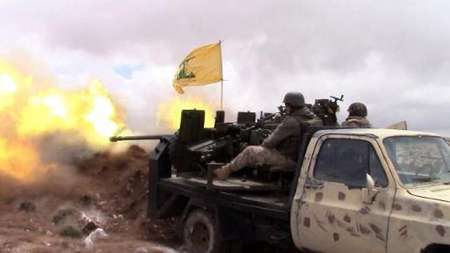 Hezbollah is reportedly “in distress” in Syria following a series of losses in the Qalamun-Arsal regions.

The report comes as Israeli forces, including heavy artillery, have been massing along the Lebanese border, yet the sole purpose of the buildup is participation in a week-long military drill.

The five-day home front defense exercise, which is nearing its conclusion, is intended to prepare Israel’s population and emergency services to respond to massive missile attacks.

Among the scenarios being prepared for are sustained rocket attacks on the electrical grid as well and a hacker attack that would shut down digitally operated facilities, local media reported.

A senior Iranian military official warned last week that any Israeli attack would unleash a firestorm of missiles on its cities fired by the Islamic republic’s Hezbollah allies in Lebanon.

“Iran, with the help of Hezbollah and its friends, is capable of destroying Tel Aviv and Haifa in case of military aggression on the part of the Zionists,” he said on state television.

“I don’t think the Zionists would be so unintelligent as to create a military problem with Iran,” the general said. “They know the strength of Iran and Hezbollah.”