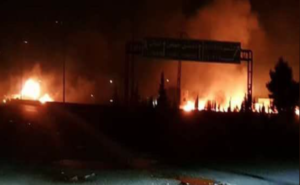 According to the UK-based Syrian Observatory for Human Rights, an anti-Assad NGO, a total of 11 people were killed in the Israeli attacks.

Of the 11 people killed, two were Syrians, the SOHR said.