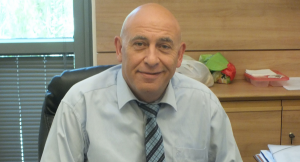 Basel Ghattas, a lawmaker from the Balad Party, which is part of the Joint (Arab) List, will be summoned by the police for questioning after the Israel Prison Services said they received information that he was planning to transfer the phones into the Keziot Prison.

According to Israel’s Channel 2, police were waiting for Ghattas when he emerged from a visit to the prison on Sunday, while prison personnel searched several prisoners who were in touch with him.

Balad is being deliberately targeted by the Israeli authorities, Ghattas said on Sunday evening, stressing that he has “nothing to hide.”

“It’s clear that the police insist on continuing their political pursuit of Balad lawmakers and senior party members,” he said. “This behavior shows a policy of politically-motivated revenge that has not intimidated us in the past and will not do so in the future either.”

According to Israeli daily Haaretz, police fear Ghattas may try to leave the country to avoid the investigation and have instructed border control officers at the border crossings with Egypt and Jordan, as well as at Ben-Gurion International Airport to be on alert.

The Joint List holds 13 of the 120 seats in parliament, of which three are held by Balad, and is the third largest bloc in the legislature.

Prime Minister Benjamin Netanyahu said Sunday evening in response to the reports that Ghattas should be banned from serving as a lawmaker if the suspicions turn out to be true.

“Should the suspicions against MK Ghattas turn out to be correct, then we will be talking about a serious offense against the security of Israeli citizens,” the prime minister said. “Whomever harms the security of the state needs to be severely punished and be banned from serving in the Knesset.”

Defense Minister Avigdor Liberman said that the report about Ghattas is “more proof that the Joint List is really a joint list of spies and traitors.”

“I will continue to act so that not only will they not serve in the Knesset, but also won’t be citizens of Israel,” Liberman said of Ghattas and other Balad lawmakers who are suspected of carrying out various security breaches against the state.

The allegations against Ghattas come just months after Balad lawmakers Jamal Zahalka and Hanin Zoabi were interrogated by police as part of a probe into fraud, money laundering, and illegal use of funds.

Police said in October that the Balad members are suspected of creating a mechanism that gave false information about the “the origin of millions of shekels” obtained from within Israel and abroad, the report said.

The Balad party, which is one of three Arab parties making up the Joint List, condemned the investigation.

The investigation, which began under former Israeli Attorney-General Yehuda Weinstein, was launched in response to findings by the State Comptroller. It had been conducted as an undercover operation until last month, becoming an open investigation with the carrying out of the raids.

Zahalka, Zoabi and Ghattas came under fire in February after they met with the families of Palestinian terrorists whose bodies had not been released by Israeli authorities.