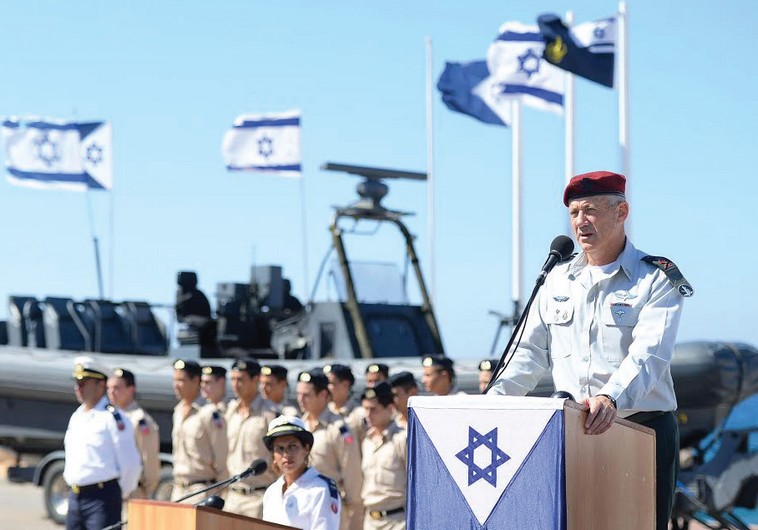 The awards, given on Monday, were handed out following a series of operational activities that resulted in many successes, the IDF said.

During the ceremony, Gantz said the unit’s activities were characterized by “operational initiative, adding that its members initiated covert and overt operations.”

Rothberg praised the unit for “groundbreaking and unique operations” during his address to its members.

Also on Monday, the IDF announced that Col. Yaniv Ashur, former Golani infantry brigade commander, is set to take command of the Habashan 210th Territorial Formation, based on the Golan Heights near the Syrian border.

In 2013, the IDF mobilized the Habashan Division to the border with Syria, rotating away the 36th Armored Division (the Ga’ash Formation) that had been responsible for the sector for the past 40 years.

The move reflects changing security challenges in Syria, and the new formation is designed to quickly respond to and contain developing border incidents. Ashur will be promoted to the rank of brigadier-general.

Other appointments set to take place within senior military ranks include the appointment of Col. Uri Gordin to command the Esh 98th Formation, and his promotion to the rank of brigadier-general. The formation is made up of reserve paratroopers, and is a part of Central Command.

Col. Oded Basyouk has been appointed to head the Hamapatz 319th Formation and promoted to brigadier general. This formation is made up of reserve armored corps soldiers, and is a part of the Northern Command.

Col. Alon Kalon will become chief artillery corps officer, and he was also promoted to brigadier-general. Capt. Shai Elbaz is the next head of naval intelligence, and will become a vice-admiral.

Other recent changes include the appointment of Maj.-Gen. Herzl Halevi, former head of the Command and Staff College, who will be the new head of Military Intelligence, replacing Maj.-Gen. Aviv Kochavi, who is set to take over Northern Command.

The college will be headed by Brig.-Gen. Ofek Buchris, the outgoing commander of Habashan Formation.

In April, the IDF announced that Brig.-Gen. Hagai Topolinski, the current head of Israel Air Force Headquarters, will be promoted to major-general and become the new head of the IDF Personnel Directorate, replacing Maj.-Gen. Orna Barbibai, who has been in the position for three years, and is due to retire from military service.