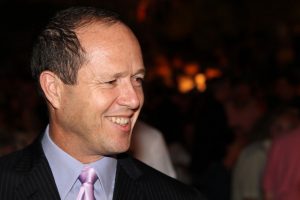 Since 1965, the organization has been responsible for some 20,000 “refugees” living in the Shuafat camp, who also bear Israeli identity cards and are entitled to the National Insurance, Education and Health Services of the State of Israel and the Jerusalem Municipality as residents of Jerusalem.

In addition, the organization operates several schools and clinics in several neighborhoods in East Jerusalem that operate without any Israeli license.

In response to the US administration’s recent decision to cut aid to UNRWA, Barkat set up a special team of experts to examine UNRWA’s activities in Jerusalem and formulated a detailed plan of action to remove the organization from the city and replace its services with municipal services.

Barkat’s decision was intended to blow up the lie of the “Palestinian refugee problem,” which he says is part of a propaganda mechanism sponsored by the United Nations under the auspices of the United Nations and aimed at destroying Israel by perpetuating the status of refugees and a constant demand for a “right of return” to Israel. Implementation of the plan will be coordinated with various government agencies.

The plan to eliminate UNRWA’s Jerusalem presence will operate on many different fronts.

In the field of education, UNRWA has 1,800 students in seven schools operating without a license from the Ministry of Education, and is a central focus for incitement to terrorism and violence. In recent years, the residents of Shuafat have raised serious complaints about the low level of education in the schools of UNRWA is calling on Jerusalem Municipality to issue closure orders for all UNRWA schools in Jerusalem by the end of the current school year, and all students will be admitted to municipal institutions from the next school year. In addition, the municipality will promote the expropriation or lease of all UNRWA education structures and their subsequent conversion to urban structures.

The municipality will also work with the Ministry of Health to take care of sick fund patients in the immediate vicinity, while expropriation or rental of the UNRWA clinic buildings will be completed and public health services will be provided in the services complex next to the Shuafat refugee camp.

In the area of welfare – there are now in the Shuafat refugee camp and in Kafr Aqab, sports centers, women and children in need, and vocational training. As part of the Barkat plan, the existing frameworks will remain in place for the purpose of transferring them from UNRWA to the welfare and employment services of the Jerusalem Municipality, while allocating municipal welfare and employment services to the municipality.

In terms of sanitation and infrastructure – garbage disposal and sewage infrastructure are currently under the responsibility of UNRWA, and residents have been complaining for years about UNRWA’s poor cleaning services and the fact that they do not properly maintain the old sewage and drainage infrastructure. As part of the Barkat plan, responsibility for these areas will be transferred to the municipality – advanced waste collection infrastructures will be installed throughout the camp while advanced tools and cleaning workers will be allocated through a private contractor. And the old drainage will be carried out regularly by Gihon.

As for the UNRWA headquarters in Ammunition Hill, the municipality will act to ensure that the political echelon will exercise its authority by virtue of the historic agreements between the State of Israel and UNRWA, to remove UNRWA from Israel’s sovereign territory and to confiscate the land that will be evacuated for public purposes.

Barkat said that “the American administration’s decision creates a window of opportunity for immediate and determined treatment of the Palestinians’ intentions to perpetuate the ‘refugee problem’ in Jerusalem … There are no refugees and no refugees, but only residents and they will receive all the services from the Jerusalem Municipality, like any other Jewish or Arab resident. It is possible to lie to the refugees to create sovereignty within sovereignty.

“To stop this dangerous process, I have formulated a detailed plan of action – every Jerusalem resident supported by UNRWA will receive all services from the municipality, including education, welfare, health and cleanliness. “The residents of Jerusalem cannot be turned into Palestinian refugees in order to serve a dangerous strategy for the destruction of Israel, and we will no longer be able to push the residents into the arms of refugees, terror and incitement.”