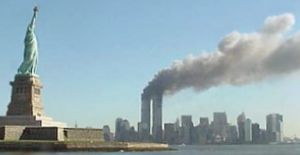 A columnist for the Jordanian newspaper Al-Dustour wrote an article at the end of September in which he claimed that the September 11 attacks were planned by the United States National Security Council to prevent the rise of an Arab power in the Middle East that would compete with America, according to the Middle East Media Research Institute (MEMRI).

Abd Al-Hamid Al-Hamshari wrote that since 9/11, the US has brought chaos upon the Middle East region, claiming that it created Al-Qaeda and ISIS to serve the interests of Israel.

He said that the US was cultivating the “Zionist entity state” to give Israel “an opportunity to enhance the imbalance in the occupied Palestinian territories in its favor and to build up the Jewish home at the expense of the Palestinian home.”

Later in his column, Al-Hamshari claims that “this proves beyond a doubt that elements in the US planned and executed the [9/11] events so as to blame them on the Arabs and Muslims, who were targets of their greed.”

He later claims that Americans were taught to hate Arabs and Muslims through the media, “which is controlled by the Zionists.”

“In order to bring down the two towers there had to be an effective intelligence element that could plan a terror operation of this sort,” he wrote. “It was surely planned by the US  National Security Council, which apparently decided to extend its control throughout the Middle East so as to divest it of any powerful and influential elements that could shift the balance of power in favor of a rising Arab force, that would compete with the US for hegemony in the region.

“Therefore, the US acted to destabilize the region by means of terrorist organizations like Al-Qaeda and ISIS, which it created and imposed on whomever it wished in the world and especially in the Arab countries, so they would destroy these countries for the benefit of the Hebrew state, which is the US outpost in the Middle East,” he concluded.

He had previously claimed, near the anniversary of the terrorist attack, that 9/11 targeted primarily Muslims.