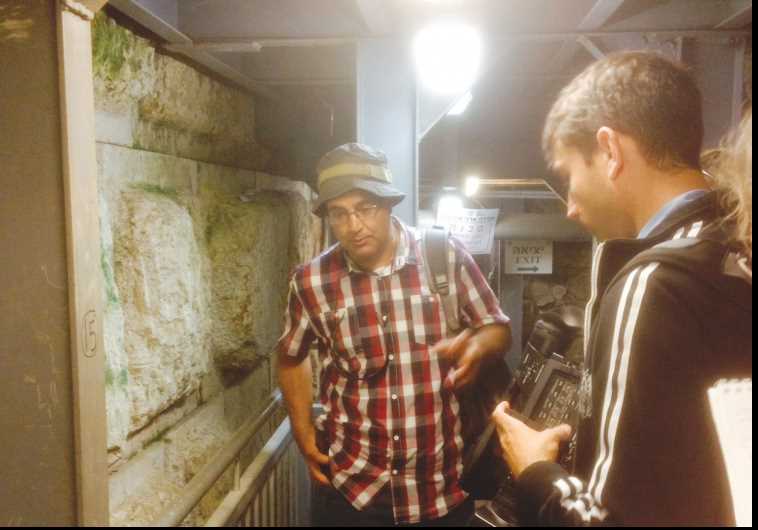 “We don’t think any private organization should operate an archeological site, but especially one with a political agenda in a place that is important to everybody who cherishes the history of Jerusalem – including Jews, Muslims, Christians, and non-religious people,” said Mizrachi, executive director of Emek Shaveh, a left-wing, European- funded consortium of archeologists.

Excavation of the tunnel, which extends from the Silwan parking lot opposite the Dung Gate to the Western Wall, commenced in 2009 by the Israel Antiquities Authority (IAA), but is managed by the Ir David Foundation (Elad), which operates the City of David National Park, that draws more than 500,000 tourists annually.

According to Emek Shaveh, Elad’s role in an excavation in such an area of critical importance to multiple faiths is unacceptable, both legally and archeologically.

“Access to the tunnel and management should go back to the hands of the government,” he said. “The issue behind the petition is management of the tunnel itself.”

Although Mizrachi concedes that the IAA is indeed a government agency that oversees the excavation, he notes that based on Israeli law, any private enterprise that wants to develop or excavate land must pay the IAA to do so, which constitutes an inherent conflict of interest.

“Elad is paying the IAA for this excavation, and we understand that it’s millions of shekels,” he said. “So the IAA may be a government agency, but it is on Elad’s payroll.”

The ongoing excavation, the petition says, has allowed Elad to “reach the very foundations of the Temple Mount/Al-Aksa compound, to handle the tunnel’s preservation, and to manage the entry and exit,” giving it a “foothold at the Davidson Center.”

“In these circumstances, when actions undertaken at the compound may have far-reaching implications for the State of Israel and the Jewish people, it is extremely important to leave it to the exclusive management of the state,” the petition states.

On the basis of these principles, Mizrachi said an agreement to transfer management of the Davidson Center to Elad was previously rejected by the state.

“Both Israel’s government and Supreme Court confirmed the Elad Foundation’s operation of the City of David National Park,” the statement said. “Furthermore, no other national park has grown as rapidly as the City of David – growing from having only a few thousand annual visitors a decade ago to over half a million visitors each year today – and benefiting people of all faiths and backgrounds.”

The statement also noted that the Elad Foundation is the only organization involved in tourism in Israel with ISO 9001 status, which it said is “the highest international standard of excellence, under which the City of David is operated.”

Moreover, the statement claims that the IAA’s standards during excavations are unimpeachable.

“All excavations at the City of David are carried out by the IAA according to the highest scientific standards, and are led by archeologists from Israel’s foremost academic institutions, in coordination with the IAA,” it said.

The statement went on to dismiss Emek Shaveh as a “radical left-wing organization,” funded by European governments, adding that Elad will issue a formal response to the High Court itself by June out of “respect for the ongoing legal process.”

“These allegations from Emek Shaveh… seek to undermine Israel’s right to excavate within the City of David – one of the most historically significant sites in the country – where archeological antiquities have been uncovered attesting to the 3,000 year bond between the Jewish people and Jerusalem,” the statement said.

“All the while, [Emek Shaveh] remains silent in the face of the ongoing destruction of antiquities taking place on the Temple Mount at the hands of the Muslim Waqf.”

The statement concluded: “Successive Israeli governments – dating back more than two decades, and spanning the political spectrum – have all recognized the City of David as being part of Israel’s national consensus, as can be seen from its inclusion as one of Israel’s National Heritage Sites.”

Although Mizrachi readily concedes that Emek Shaveh is decidedly left-wing, he contends that the issue at hand transcends politics.

“The point of the petition is to ensure that no politically motivated organization – right or left – should be allowed to play a prominent role in such an important excavation,” he said.

Elad has until mid-June to submit its response to the petition.