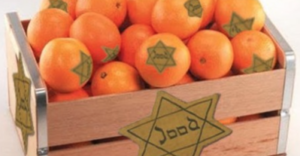 The European Union’s top court ruled in November 2019 that EU countries must identify products made in Israeli settlements on their labels. However, as Norway is not a member of the European Union, it is not obligated by the decrees rendered by the European Court of Justice.

The EU rejects Israel’s settlement enterprise, saying it undermines the hopes for a two-state solution. Israel maintains that labeling goods produced beyond the Green Line is discriminatory and says other countries involved in disputes over land are not similarly sanctioned.

During the bill’s reading Israel’s friends in the Norwegian Parliament spoke clearly of the need for cooperation over economic boycotts, and underscored Norway’s long-standing contribution to the Israeli-Palestinian peace process.

The MPs opposing the bill stressed that any boycott of Israeli companies based in Judea and Samaria would actually harm the Palestinian workers, whom Norway wants to help.

Sunday’s vote was the culmination of an ongoing campaign in which Norwegian NGOs attempted to bring about a decision to boycott goods produced in Judea and Samaria across Norway. These efforts were an attempt to follow up on a decision made a few years ago by the country’s largest workers union to boycott settlement goods.

The latter is still trying to get other unions in Norway and across Europe to boycott products manufactured in Judea and Samaria.