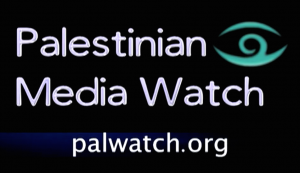 Local politician from Stavanger, Norway calls to cut ties with Nablus after learning that the Palestinian governed city names squares after deceased terrorists, suicide-bombers responsible for the deaths of dozens of random civilian Israelis.

A local Norwegian politician has called for the cancelation of his city’s twinning arrangement with Nablus after it was revealed that a monument praising terrorism was erected in the Palestinian city.

According to an exposé by the Palestinian Media Watch (PMW), the Nablus municipality had named a town square after Naif Abu Sharah, who was involved in a number of terrorist attacks – the most notable of which was the double suicide attack in Tel Aviv on January 5, 2003, which killed 23 and wounded dozens.

Abu Sharah was the commander of the Fatah’s armed wing, al-Aqsa Martyr’s Brigades, in Nablus. He was killed by the IDF in 2004.

The Stavanger city councilmen, Mats Danielsen, told the Rogalands Avis newspaper that “the friendship between the cities could reflect our shared values, norms, and customs. This is proof to the contrary. Our twin city, Nablus, is praising terrorists.”

Danielsen added that the monument to Sharakh’s memory is “a clear sign that the terrorist worked toward the destruction of Israel in order to create a Palestinian state. The meaning of this is that our other twin city, Netanya, is a legitimate target for terrorists who want to kill children.”

According to the PMW, this is not the first time Nablus has been in trouble due to its terrorist commemoration activities. The Boulder, Colorado (USA) city council rejected Nablus’ offer to become its sister city in June 2013 for the same reason.