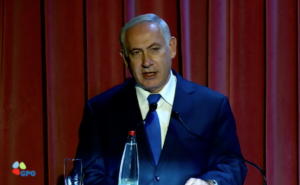 From Haiti to Nepal to Japan to Mexico, Israel is almost always the first on the scene following major catastrophe, and more often than not sends one of the largest and best-equipped delegations, despite being so much smaller than many of the other nations responding.

In response to the question, Netanyahu cited the Bible: