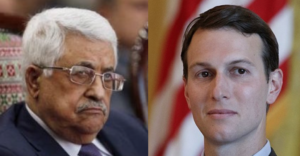 One of the lawyers behind the initiative, Gandhi Rubai, told official PA news agency Wafa that a number of lawyers volunteered to file cases to various international bodies, including the UN, against people who intend to cooperate with the Trump plan, called “Peace to Prosperity.”

He said cases will be filed against any company that is found to be involved in the implementation of the Trump deal by investing in settlements and the Jordan Valley.

“This initiative comes in the context of cases that were previously accepted in the US Federal Court against 200 businessmen investing in settlements that are considered illegal under international law,” Rubai told the news agency.

Issam Abdeen, head of Local and Regional Advocacy at the Ramallah-based human rights organization Al-Haq, said the lawyers’ initiative needs to be studied and based on a clear vision and methodology. The initiative, he said, also needs to be accompanied by a “wide-scale advocacy campaign.”

The head of the Palestinian Bar Association, Jawad Obeidat, said the lawsuits would be filed against those who accept or assist in the implementation of the Trump plan also as part of a Palestinian effort to lodge complaints against Israel with the International Criminal Court.

“Every citizen affected by the Israeli occupation is entitled to hire a lawyer to represent him or her in US and European courts,” he said.

The news agency quoted law expert Hanna Issa as saying the initiative “has a moral dimension in realizing the Palestinian right in all countries of the world and exposes Israeli violations against the Palestinian land and the Palestinian citizen before the international courts.”‭