Tag Archive for Deal of the Century

A number of Arab states allied with the US are quietly backing Israel’s plan to apply sovereignty over nearly a third of Judea and Samaria, despite officially opposing the move, senior Arab officials say.

Category: Israel News | Tags: Deal of the Century, Peace to Prosperity, Sovereignty over Judea & Samaria
israelandstuffcom | May 24, 2020
No comments 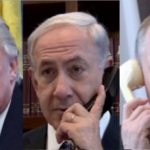 Quartet representatives discussed Israeli plans to annex portions of the West Bank, including the July 1 deadline for Israel to begin to apply such sovereignty as laid out in the coalition agreement between the Likud and Blue and White parties, according to a person familiar with the discussion. Continue Reading » 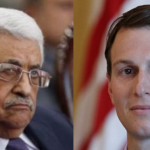 We live in historical times. The Arab Israelis, who have always been very suspicious of “occupying” Israel, now embrace Israeli rule and exclaim that they wish to remain part of Israel even if the Palestinians fulfill their national aspirations and see a state established.

US President Donald Trump’s Middle East peace plan has pledged many benefits for Israel and has set a series of preconditions the Palestinian must meet, including relinquishing all forms of terrorism and adopting proper governance practices. Continue Reading » 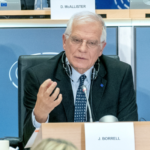 Earlier this week, Borrell urgently convened the EU to vote on a resolution condemning Trump’s plan and Israel’s intention to use it as a green light to annex large swaths of the so-called “West Bank.” Continue Reading » 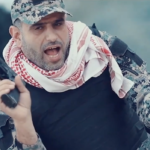 A US official said Jason Kushner will travel to New York City to brief the UN Security Council on the White House’s ‘Peace to Prosperity’ plan and the Palestinian leadership’s opposition before the Palestinian autocrat, Mahmoud Abbas, presents a possible anti-Trump resolution.

US special envoy Jason Kushner may brief the United Nations Security Council about the Trump administration’s “Deal of the Century” ahead of a possible New York visit by Palestinian Authority President Mahmoud Abbas.

A US official said, “Kushner will travel to New York on Thursday to brief UNSC Ambassadors on our Vision for Peace.” Continue Reading » 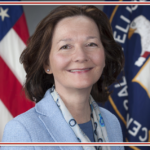 According to Israel’s TV11 news, the day following President Trump’s announcement in the White House of his administration’s “Deal of the Century”, CIA Director Gina Haspel, had a secret meeting with Abbas’ intelligence director, Majid Faraj in Ramallah.

According to Kan, Haspel met senior Palestinian Authority (PA) officials, and was told of the PA threat to cut security ties with both Israel and the US.

Haspel did not meet with PA Chairman Mahmoud Abbas during her visit, but with his intelligence director, Majid Faraj. Continue Reading » 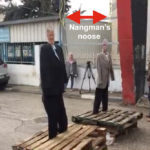 In more open displays of ‘rage’, Palestinian leaders engage in public bravado and muster West Bank Arabs to protest and burn a Trump effigy over his administration’s peace plan. But will they dare go any further?

If the Palestinians didn’t like the Trump Administration before, Tuesday’s publication of the “Deal of the Century” has made them completely lose their minds.

Having long ago failed in their efforts to militarily defeat Israel, a body that represents the various different Palestinian factions has now effectively declared war on America.

Doesn’t make much sense, I know. But welcome to the Middle East conflict. Continue Reading »

President Trump is basically telling the Palestinian leadership to ‘suck it up’ or maybe lose everything, because finally, the Israelis are going to get what they need to survive.

The Palestinians’ bluff has been called By Melanie Phillips, JNS.org.

US President Donald Trump’s Middle East “Deal of the Century” offers the Palestinians a state. They have rejected it and threatened instead to ramp up violence against Israel.

NO negotiations, NO compromise, NO Peace. 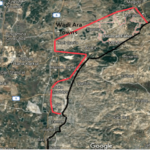 Ten Israeli Arab communities, which largely self-identify as Palestinian and were originally designated to fall under Jordanian control during the negotiations of the Armistice Line of 1949, now absolutely refuse to be part of a future State of Palestine.
– “The plan is delusional…there will not be another Nakba.” says Arab mayor of Taibeh.

Israeli Arabs in what is commonly known as the Triangle of Arab communities have slammed U.S. President Donald Trump’s newly unveiled Mideast peace plan, under which their communities face being transferred to a future Palestinian state.

In its section on borders, the U.S. Continue Reading »