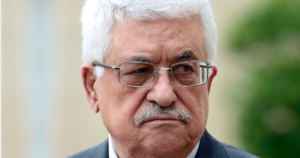 “The national Palestinian campaign to reject conditional funding” has picked up steam in recent weeks, after the EU, for the first time, introduced a fundamental change to the financial aid contracts Palestinian bodies are required to sign, whereby any cooperation with terrorist organizations will result in the unilateral cessation of funding by the EU.

The Palestinian campaign to annul the EU stipulation is based on the claim that “the struggle against Israeli occupation” is not terror, and that PA institutions included on the EU terror list are political parties for all intents and purposes. In one instance, Omar Al-Qarout, the director of the Gaza-based Hemaya Center For Human Rights, sent a letter to the president of the EU Parliament and European foreign ministers, expressing his astonishment over the new EU condition.

In the letter, a copy of which was obtained by Israel Hayom, Al-Qarout says: “Our concern as a Palestinian civilian organization is that this condition will be maliciously exploited against the Palestinians by the Israeli courts, which will use it as a basis for preventing the funding of projects.”

An official in Israel’s Strategic Affairs Ministry said, “Erekat’s letter shows that the most senior echelons on the Palestinian side are involved in this campaign.”

Prior to the submission of Erekat’s letter, 134 Palestinian organizations, which promote the de-legitimization of Israel and boycotts against it, sent a joint letter to the EU’s envoy to the PA, Thomas Nicholson, claiming that declared terrorist organizations such as the Popular Front for the Liberation of Palestine and Hamas were essentially “political parties” and that they were not willing to be the EU’s “policeman.”

The Coastal Road massacre involved the hijacking of a civilian bus on Israel’s Coastal Highway in which 38 Israeli civilians, including 13 children, were killed, and 71 were wounded. The attack was carried out by PA autocrat Mahmoud Abbas’ ‘political party,’ Fatah.

NGO Monitor was involved in discussions with the EU on the matter of preventing funding from reaching the hands of terrorist groups.

“The most disconcerting thing is that the EU is now in negotiations with the Palestinians over the conditional funding clause. This stipulation needs to be a given. The negotiations over it contribute to legitimizing the discourse about terror,” said Deutsch.