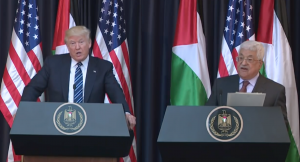 To continue funding terror, terrorists, and their families, the Palestinian Authority fooled Obama by transferring hundreds of millions of dollars each year to a newly formed ‘Palestinian Prisoners Society’ within the PLO. Now, in a ‘copycat’ attempt to circumvent the Trump administration, dozens of NGOs will be established by the PA to receive the donated financial aid for continuing the monthly ‘Pay for Slay’ payments.

The Palestinian Authority spends millions of dollars annually paying stipends to the families of terrorists who are either jailed in Israel or were killed while carrying out terrorist attacks against Israelis, a practice Israel has repeatedly condemned.

In a meeting in Ramallah earlier this week, U.S. envoys Jared Kushner and Jason Greenblatt asked Abbas to cease this practice. Kushner and Greenblatt entered the meeting with specific salary charts that had been prepared by Israel in advance.

Senior Palestinian officials described the meeting as “tense” and said Abbas tried explaining to his guests that it was not the PA paying the stipends, but rather the so-called Palestinian Prisoners Society through a special national fund.

During the meeting, Abbas also stressed that the Palestinians had recently stopped paying hundreds of Hamas prisoners released as part of the 2011 Israel-Hamas prisoner exchange, and that the PA also intends to stop paying 600 additional prisoners who are serving life sentences in Israel over their direct involvement in terrorist attacks.

However, while it appears Abbas conceded to American demands, the story is far more complex. Senior Palestinian officials told Israel Hayom that Abbas has no intention of suspending the payments. Instead, said one senior PA official, Abbas has designed a bureaucratic ploy to continue the payments.

According to the official, Abbas’ ruse was to dismantle the Palestinian Prisoners Society, founded in 2014 as a branch of the Palestine Liberation Organization in order to deflect criticism against the PA for paying stipends to security prisoners and terrorists, and have its mechanisms integrated into Ramallah’s Interior Ministry, all while dozens of other nongovernmental organizations and associations will be established to replace the PPS. The new NGOs will receive hundreds of millions of dollars with which to pay imprisoned and released terrorists, and terrorists’ families.

The issue of security prisoners is a Palestinian consensus, as it touches almost every family in the Palestinian Authority.

Abbas adviser Nabil Shaath aptly described the situation Thursday at the Herzliya Conference, saying, “The salaries we pay to prisoners and their families are our social responsibility. These are innocent people who were impacted by the murder of a loved one or imprisonment because of the occupation.”

According to Palestinian law, all Palestinians imprisoned in Israel for terror-related crimes, including Arab Israelis, are eligible to receive monthly salaries from the PA. The salaries range between 1,300 shekels ($370) and 12,000 shekels ($3,400) per month.

The law also obligates the PA to pay monthly pensions to released prisoners and families of Palestinians killed while perpetrating terrorist activity.