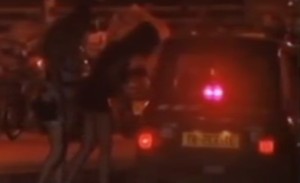 According to the law, individuals who solicit or attempt to solicit sexual acts will face a 2,000 shekel ($535) fine. A second offense will be punishable by a NIS 4,000 ($1,070) fine and the prosecution will have the authority to file an indictment against the solicitor. In addition, the court will have the authority to issue a maximum fine of NIS 75,300 ($20,000) for repeat offenders.

The law is set to take effect in mid-2020, to allow the state time to set up government mechanisms for the rehabilitation of sex workers on the basis of recommendations issued by the interministerial committee on fighting prostitution, which suggested the state allocate a multi-million dollar budget to this end.

Justice Minister Ayelet Shaked called the solicitation of sexual services “a morally unacceptable act that severely infringes on the status of women.

“A woman’s body is not an object to be given to the highest bidder. The state clearly rejects this improper act,” she said.

According to Mualem-Rafaeli, the passing of the law was a significant achievement for the Knesset in that it officially made the solicitation of sexual services an illegal act.

Lavie heralded the collaborative effort behind the law’s enactment, saying, “I am glad that on our watch, after a decade of work, we were able to reach this rare cooperation.”

Zionist Union MK Shelli Yachimovich likened the war on prostitution to “the war on slavery and the liberation of slaves. At first, it is considered radical and revolutionary to make solicitation illegal.”

She called the passing of the legislation a “significant and historic step.”