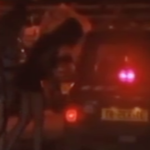 According to the law, individuals who solicit or attempt to solicit sexual acts will face a 2,000 shekel ($535) fine. A second offense will be punishable by a NIS 4,000 ($1,070) fine and the prosecution will have the authority to file an indictment against the solicitor. Continue Reading »