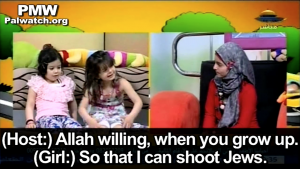 PALLYWOOD at work: In attempts at provoking a physical response by the IDF to humiliate the soldiers and officers on social media, 16 yr-old Palestinian Ahed Tamimi slaps, punches and kicks them while family members film the attack. Ahed Tamimi has subsequently been arrested, and is being held for trial.

The Asian city-state of Singapore this month banned the screening of a Palestinian film that it deemed too “inflammatory.”

The film, “Radiance of Resistance,” celebrates the actions of two young Palestinian girls who routinely provoke Israeli soldiers. It was scheduled to be screened at the annual Singapore Palestinian Film Festival.

“In holding up the girls as role models to be emulated in an ongoing conflict, the film incites activists to continue their resistance against the alleged oppressors. The skewed narrative of the film is inflammatory and has the potential to cause disharmony amongst the different races and religions in Singapore.”