Having been targeted by Hezbollah, Iranians & the Syria army, Aboud Dandachi, dedicate a website to stories of Israelis who help Syrian refugees & on his belief that Syrians have no reason to see Israelis as enemies.

Syrians will mark the fifth anniversary of their brutal civil war next month. Aboud Dandachi is one of millions whose lives have been completely overturned by the bloody conflict. 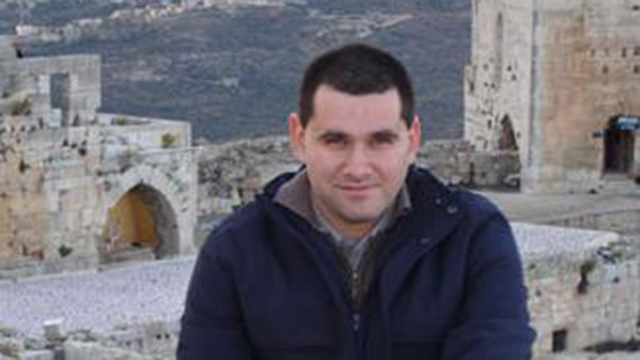 Dandashi in Homs, a decade ago

Speaking from Istanbul, the 39-year-old high-tech professional tells Ynet about his experiences during the Syrian crisis, and about one important lesson about the country he was always taught to hate and fear.

Dandachi, a Sunni Muslim, says that he was neutral when demonstrations against the Assad regime began in March of 2011. “I didn’t support anyone because my life was good,” he recalls. “I did not need the government and I only wanted them to leave me alone.”  But he reached a turning point when, he says, the government murdered 100 protesters one night.

He expected the war to be over sooner rather than later, but by September 2013, when Assad had begun using chemical weapons and ISIS had overrun Raqqa, he knew he had to leave. After a two-week stay in Lebanon, Dandachi realized he had traded one conflict zone for another, and moved on to Turkey, where he has since rented an apartment. 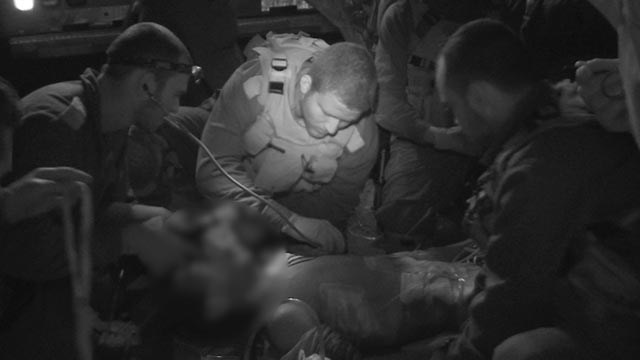 He says one clear conclusion from the past five years is that Israel is not at all the Great Satan – quite the opposite, in fact.

“Israel is doing exactly what it must do,” he says. “It is not taking part in the war, but is helping wounded Syrians who need help. And it’s not only the government. Israelis are helping Syrian refugees in Jordan, in Greece, Serbia, North America. No one would have blamed the Jews and the Israelis if they had said it was not their problem. That is, by the way, what many Arabs and Arab countries did. The Gulf states, for example, shut their doors to Syrians – and these are the countries that call themselves friends of Syria.”

Dandachi recalls his education growing up. “I grew up with statements like ‘these people are your enemies. The Jews are evil’. And then I saw that the Jews are the most humane and generous people of this era. When I see that Hezbollah and the Iranians are coming to kill me and I’m forced from my home by Syrians, and then I hear that Israelis and Jews are helping Syrians, my view of the world changes.” 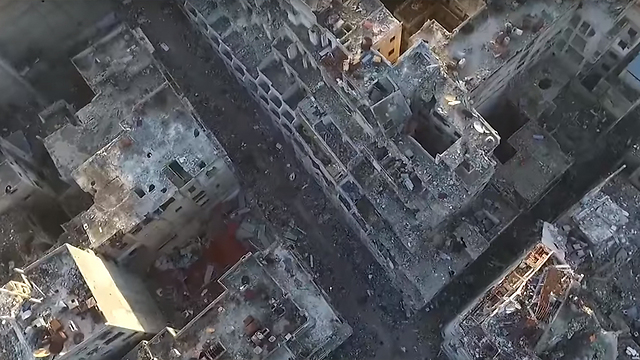 Therefore, he says, “someday, when this war is over, and there is no doubt that it will be over sometime, I do not want the Syrians to be involved in unnecessary conflicts. There no reason for us to be in a conflict with Israelis. What kind of disagreements are there between the two sides? The Golan Heights, for example, is an issue that is very easy to solve, certainly compared to other complicated issues in our region.

“Why are we the Jews’ enemies?” he asks. “At a time when Donald Trump is defaming us, when Denmark and Switzerland confiscate Syrian refugees’ belongings, when all these countries are against us – we have the Jews who even endanger themselves to help us. So why should I be an enemy of the Jews? They have proven that they want to be my friends. They held out their hand, so why should I turn against them?”

In December 2015, Dandachi launched a site called Thank You Am Israel, which tells the tales of Jews and Israelis who are helping and have helped the Syrian people. “There are so many stories that I want to put up,” he says. “There are new stories of Israelis helping Syrians every day. As far as I’m concerned, because we as Syrians cannot give back to Jews what they give to us, so we should at least thank them.

“I remember talking about it for the first time in 2014, when Israeli Prime Minister Benjamin Netanyahu visited wounded Syrians at the Golan Heights and he was photographed. I remember that the Syrian opposition then said that Netanyahu should stop using wounded Syrians for propaganda and other nonsense. I told the opposition at the time: ‘Are you crazy? You can’t even say thank you?’ It is so immature.”

He says he wrote this message on his blog, “and then the Syrian opposition erased the message on the subject from its website. Unfortunately, the reality in the Middle Esat is that there is no Arab politician who will say ‘thank you’ to Israel. That is the reality of the Middle East, because then they would lose support and popularity.”

Dandachi is in touch with his brothers in the Gulf and in Turkey and has no more ties with Syria. “No one from my family has stayed there,” he says. “I am the last one who left Syria out of those close to me. When I left in September 2013, I knew I would never return to Syria.”