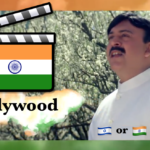 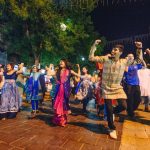 WATCH The group’s 19 Birthright participants hailing from various areas of India take Jerusalem by surprise with their flash mob rendition of a Bollywood production.
– “I got goosebumps,”  admired Hebron Bamnolkar, 22, from Mumbai, when telling of his visit to the Western Wall.

Bollywood flash mobs are not a feature of your average Birthright group, but the annual Indian group that traveled to Israel this month made sure to share part of their culture with the locals, as well as soaking up Israeli culture and having meaningful first-time experiences of the Holy Land.

Birthright participants from India dancing the night away in Jerusalem. Continue Reading »