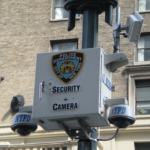 Reason for the attack is still unknown, but some claim it was a hate crime.

Dramatic footage of Monday’s stabbing attack against an Israeli yeshiva student outside of Chabad’s international headquarters in Brooklyn was released Tuesday.

The attacker, an unidentified African-American described as a homeless man by the Daily News, entered the building and, according to witnesses, asked for a book. He subsequently left but then returned and took out a switchblade, menacing a group of students before stabbing 22-year-old Levi Yitzchok ben Raizel of  Betar Illit, Israel. Continue Reading »