A Colombian police investigation confirms Hezbollah operations in Latin America, that under the guise of a legitimate organization, they actually deal in illegal drug smuggling & distribution, money laundering and agent recruiting operations.

Undercover Hezbollah operations in South America were uncovered in an extensive investigation by the United States and Colombia. According to Colombian media sources, Hezbollah has a presence in the country under cover of a legitimate organization called the “External Security Organization” (ESO), which is essentially Unit 910, Hezbollah’s foreign operations arm responsible for the 2012 terrorist attack in Burgas, Bulgaria and the attacks in Argentina during the 1990’s. Continue Reading »

The bus that was destroyed in the Burgas terrorist attack – Reuters

According to Channel 2, the report found the Hizbullah was behind the fatal bombing.

Bulgarian authorities are seeking man who helped suicide bomber cause the deaths of 5 Israeli tourists in July, Bulgarian media reports.

Bulgarian authorities have discovered the real identity of one of several men involved in the July bombing of a bus in the city of Burgas, in which five Israelis and a Bulgarian bus driver were killed, Bulgarian news agency Novinite reported on Thursday. This marks the first instance of a real identity being discovered in the case. The bomber and an additional accomplice are thus far known by their aliases only. 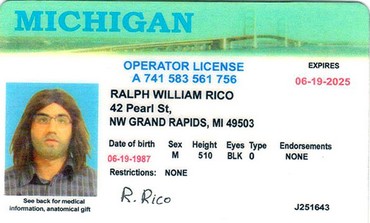 Bulgarian authorities were searching for the suspected accomplice to the bomber, whose name they did not release.

Ya’alon says Iran must choose, a nuclear bomb or survival

“Iran must not be allowed to develop nuclear weapons. We must act together, determinedly and firmly, with all the means at our disposal in order to (achieve this goal),” Vice Prime Minister Moshe Ya’alon said Tuesday during a commemoration ceremony for the victims of the terror attack in Burgas, Bulgaria.

The ceremony, which took place in Sofia’s main synagogue opened with a moment of silence for the victims. Bulgaria’s president and the Israeli ambassador were among the dignitaries who attended the event. Continue Reading »

A Muslim terrorist group Ka’adat el-Jihad,  an Al-Qaeda offshoot, has claimed responsibility for the murder of 5 Israelis in Burgas, Bulgaria. The Lebanese paper El-Nashra reported that the group, which has ties to Al-Qaeda, claimed responsibility in an email to the Arab press.

The email also reportedly bragged that the entire month of Ramadan will be a month of “holy war” and violence. “This is a month of war against the Jews and their American helpers, the enemies of Allah,” it stated. Continue Reading »

Bulgaria Police on the Lookout for Another Suspect

The Bulgarian police are holding a manhunt for another suspect they believe assisted the terrorist who carried out the terrorist attack in Burgas.

Bulgarian police are conducting a manhunt for another suspect who is believed to have assisted the terrorist who carried out the attack in Burgas which killed five Israelis and a Bulgarian citizen on Wednesday. According to a report in NRG-Ma’ariv, local security forces suspect that the suspect may be in possession of another bomb.

The report said that due to the suspicion that the suspect may have more explosives, extra security was placed in hotels in Burgas where Israelis are known to be staying. Continue Reading »

All of the Hezbollah’s targets have met the same criteria in Georgia, Azerbaijan, Thailand, and most recently, Kenya and Cyprus. All of these countries are easy to enter & exit.

Israel’s official spokespeople were unanimous on Thursday: Hezbollah is responsible for the terror attack in Bulgaria. These resolute words were meant not only to pin responsibility on the terror organization, but to try to dissuade it from future attacks.

What led Israel to this conclusion was its accumulated expertise, experience, circumstantial evidence and a smidgen of intelligence. Israel’s conclusion, based on its experience in recent years relentlessly pursuing terrorists on many continents and in many countries, is that the terrorists employed the same methods that they use almost every time.

The terror attack in Bulgaria was carried out by a suicide bomber, Bulgarian Prime Minister Boyko Borisov said Thursday morning, as authorities develop a picture of exactly how six Israelis were killed when a bus blew up at Sofia’s Sarafovo Airport. An initial investigation, based on footage captured by surveillance cameras, indicated that the bomber was a Caucasian.

Earlier reports said that the bus had been blown up by an explosive device set off remotely. Continue Reading »

By Gabe Kahn and Gil Ronen

An explosion on a bus transporting Israeli tourists at the airport near the city of Burgas in Bulgaria has reportedly left seven dead, five of whom are apparently Israelis. Bulgarian television said that the dead apparently include a Bulgarian tour guide. The destination is popular among Israeli youths and most of the casualties are reportedly youths.

The Foreign Ministry has announced that it is sending personnel to the site. Continue Reading »

Reported by Hezbollah: Denies Responsibility for Terror Attack in Burgas

A Hezbollah representative pointed out that the group “does not wage a war on tourists,” Interfax reports.

Radical Shiite group Hezbollah has allegedly denied responsibility for the terror attack on Israeli tourists on Bulgarian soil on Wednesday. 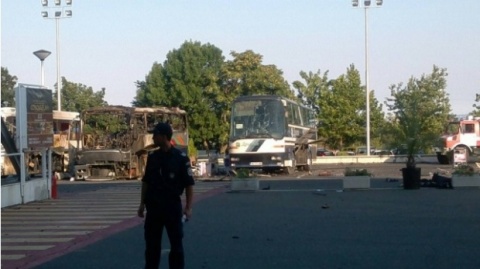 A Hezbollah representative has described the allegation that the group was involved in the attack as “laughable,” pointing out that the group “does not wage a war on tourists,” Interfax reports, citing Annashra.

Israeli Defense Minister Ehud Barak said the attack was probably initiated by a group under the auspices of “either Iran or other radical Muslim groups,” and named Hezbollah and Hamas as likely suspects.