Blast in northern Gaza is believed to have been  Hamas “work accident’ that may have been caused attempting to disassemble unexploded Israeli ordnance.

At least 40 people were wounded and three killed after an explosion rocked the northern Gaza Strip during the attempted diffusion of an un-exploded Israeli ordnance Thursday night. 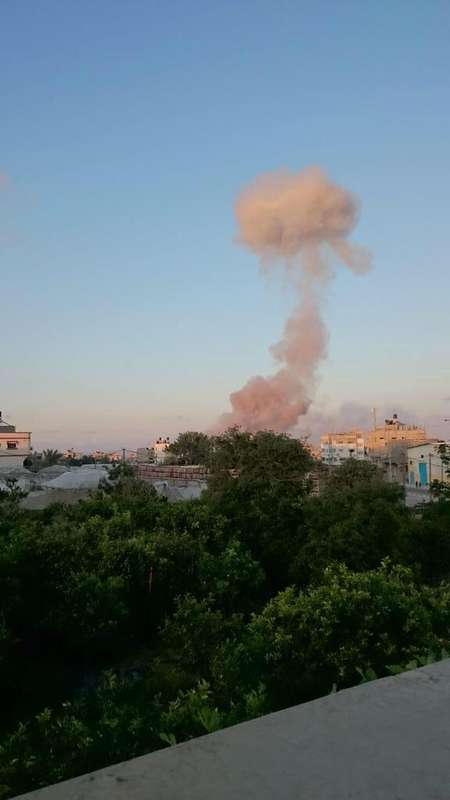 Eyad Bozum, spokesman for the Hamas-run Interior Ministry in Gaza confirmed that the explosion occurred at a Hamas training camp in the al-Atatra neighborhood of Gaza City and that authorities were investigating where it was due to the dismantling of the ordnance or a “work accident.” Continue Reading »

Israel expresses regret over “shocking” incident, condemning Gaza’s terrorists for strapping the explosive devices to an animal in order to kill IDF soldiers.

By JPOST.COM STAFF
Terrorists in Gaza attempted to attack IDF soldiers with an explosives-laden donkey on Friday, the military said. 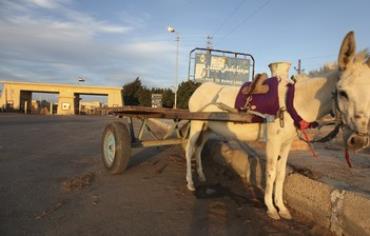 IDF forces operating in the Rafah area near the Gaza-Egypt border located the donkey suspiciously approaching their position and were forced to open fire at it, causing the explosives to detonate.

No injuries were sustained to the soldiers.

The military expressed its regret over the “shocking” incident, and condemned terrorists in Gaza for strapping bombastic devices to innocent animals as a means of attacking Israeli forces.

Explosive device to kill IDF soldiers was next to Kibbutz Nirim, close to Gaza.

An explosive was detonated on Friday morning on the security barrier right by Kibbutz Nirim, located in the Eshkol Regional Council just outside of the Hamas-enclave of Gaza.

The blast went off as an IDF patrol passed through the area, in what apparently was a targeted attack. IDF reports that no soldiers were injured, although light damage apparently was inflicted on an army vehicle.

IDF tanks began returning fire at suspicious points on the Gaza side of the security border reports Channel 10. Continue Reading »

Nearly a month later, the Secretary General of the Lebanese terrorist group takes credit for the explosion on Israel’s border, as ‘revenge’ for believed IAF airstrike on Syrian missile transfer to Hezbollah.

Hassan Nasrallah, leader of the Lebanese-based terrorist group Hezbollah, took responsibility on Monday for the explosive detonated on the Lebanese-Israeli border in mid-March.

The explosive was set off as an IDF jeep passed by, sending three soldiers to the hospital to be examined for shock from the blast.

In acknowledging Hezbollah was behind the attack, Nasrallah claimed the blast was revenge for an airstrike attributed to the IAF, which took place a week before the attack and prevented delivery of sophisticated missiles to the terror group. Continue Reading »