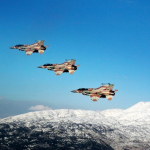 CLEARED: Egyptian judge drops case against ousted president Mubarak over killings of anti-government protesters and also cleared of him of graft charges involving a gas deal with Israel.

An Egyptian court on Saturday dropped the case against ousted President Hosni Mubarak for his involvement in the killing of antigovernment protesters in 2011.

Supporters of former Egyptian President Hosni Mubarak chant slogans as they wait for him to be transferred to a court, in front of Maadi military hospital in Cairo, November 29, 2014. – Photo: Reuters

Egypt’s former interior minister, Habib al-Adly, and his aides have also been cleared of ordering the killing of protesters during the uprising that ended Mubarak’s three-decade rule. 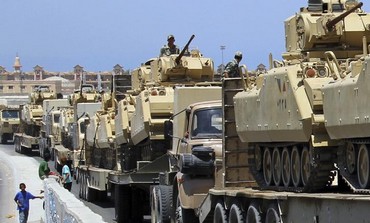 In 1st such rally by the Muslim Brotherhood, the party from which President Morsi hails, the Brotherhood protested Israeli air-strikes on Syria & the detention of a Muslim cleric.

Egypt’s Muslim Brotherhood staged an anti-Israel rally in Cairo on Friday, the first such protest by the main backers of President Mohammed Morsi since they rose to prominence in the wake of the country’s 2011 uprising.

Emerging from weekly services at Al-Azhar mosque — the centuries-old seat of Sunni Muslim learning — demonstrators chanted “the people want the destruction of Israel” in protest of recent Israeli airstrikes in Syria and the detention of a Palestinian Muslim cleric. Continue Reading »

Meshal: I ask God to give me martyrdom 1 day on this land.

By Reuters, The Associated Press, DPA and Haaretz

Hamas leader Khaled Meshal arrived in the Gaza Strip on Friday, witnesses said, ending 45 years of exile from the Palestinian Territories with a visit that underscored the Islamist group’s growing confidence.

Meshal prayed with his head to the ground after entering Gaza through the Rafah border crossing with Egypt. Continue Reading »

Over 100 injured in Egypt as liberals & Islamists clash

Opponents and supporters of Egyptian President Mohamed Morsi clashed in Cairo on Friday in the first street violence between rival factions since the Islamist leader took office.

Islamists and their opponents threw stones, bottles and petrol bombs, and some fought hand-to-hand, showing how feelings still run high between the rival groups trying to shape the new Egypt after decades of autocracy, even though the streets have generally been calmer since Morsi’s election in June. Continue Reading »

Egyptian security forces arrested a suspected terror ring, thought to have planned attacks against targets in the Sinai in an attempt to destabilize the country following a key run-off presidential election, an Egyptian newspaper reported on Sunday.

The reported bust comes on the second day of voting in Egypt, pitting Ahmed Shadiq, former premier under Hosni Mubarak, and the Muslim Brotherhood’s Mohamed Morsi, and follows reported attempts by the Brotherhood to strike Israeli targets in order to sway election results. Continue Reading »