Attacks on southern Israel from the Sinai are not unprecedented. Just five years ago, Sinai-based terrorists launched a multi-pronged attack on the main highway leading to the southern resort town of Eilat. Continue Reading » 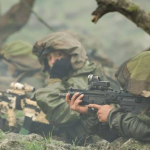 Along the restive border next to northern Sinai, which has for years been a haven for heavily armed terrorists, IDF soldiers patrol the 6,000-square kilometer (2,300-square mile) desert terrain on a daily basis. Continue Reading »

WATCH: Netanyahu affirms partnership with Egypt in fight against ISIS on common borders

Prime Minister Benjamin Netanyahu visited the four Israelis at Hadassah University Medical Center in Jerusalem’s Ein Kerem who were injured in two separate terrorist attacks over the last two days, and from near their beds sent condolences to Egypt for the terrorist attacks that rocked that country on Wednesday. 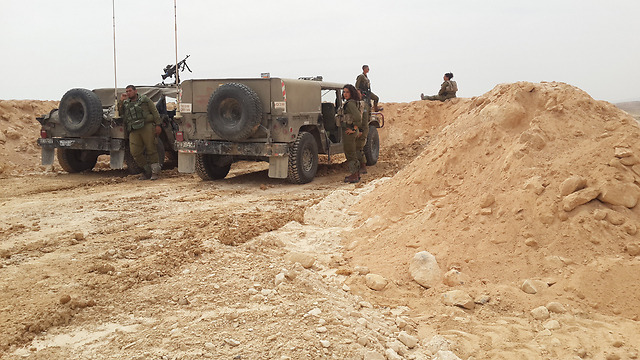 An incident that occurred last October, in which two IDF soldiers from the Caracal Battalion were wounded when militants from Sinai fired rifles and an anti-tank missile at an IDF jeep, only emphasized the necessity of setting up a tighter security ring around the area. Continue Reading »

Sinai is slowly falling away from Egyptian influence as ISIS control pose a new & serious existential threat to both Egypt & Israel.

The Islamic State (ISIS) has announced that the Sinai Peninsula is now a caliphate, an Islamic state led by a supreme religious and political leader known as a caliph – i.e. “successor” – to Mohammed.

Reports around the Arab world are claiming that the establishment of a caliphate in the Sinai is the first step towards its “advance on Jerusalem.” 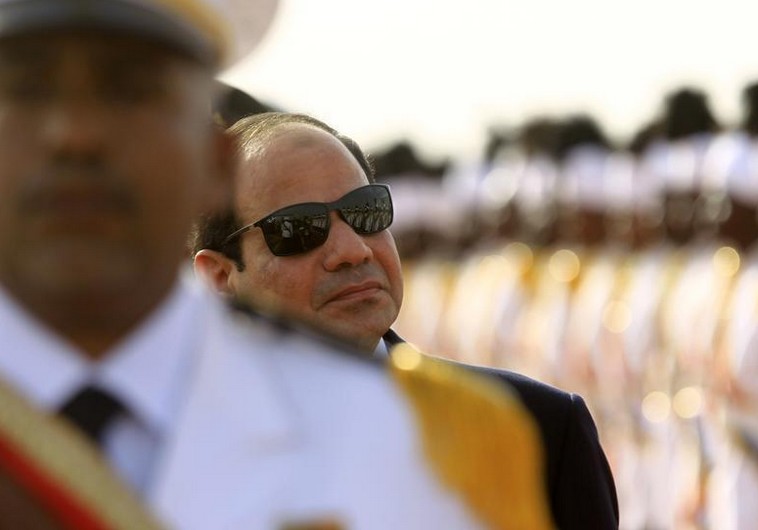 Egyptian source reports infantry deployment was coordinated with Israel because of the growing threat from Sinai militants.

Egypt has deployed a new infantry battalion in the Taba area of Sinai, south of Eilat, in a bid to prevent possible attacks on the Israeli resort city or on air traffic headed there, Egyptian sources said.

The deployment was coordinated with Israel.

The Egyptian forces will be stationed particularly close to the Israeli border, compared with previous Egyptian deployments to which Israel has agreed.

Israel has consented to such deployments several times over the last few years even though it is expressly prohibited by  the military appendix of the 1979 peace treaty between Israel and Egypt. Continue Reading »

Sinai terrorist leader assassinated with 3 others by local tribesmen

The assassination deals strategic blow to terrorist group responsible for attacks on Israel.

The top leader of an al-Qaeda-inspired group in Egypt’s restive Sinai and three of his associates were killed in a drive-by shooting in the peninsula on Thursday, senior Egyptian security officials said.

The development deals a heavy blow to the militant group, which has claimed scores of deadly attacks across Egypt and in Israel since the ouster of Islamist President Mohammed Morsi last July. It is also a boost for Egypt’s military-backed authorities ahead of the country’s presidential elections next week. Continue Reading »

Egyptian presidential candidate says on local satellite channels, ‘If the consequences of terror in Sinai necessitate changing the peace accord, then we will… and Israel will not object to that because it is aware of the gravity of the situation,’

Egyptian military chief turned presidential candidate Abdel Fattah al-Sisi has given Israel a clear reminder of the danger its faces from militants in the Sinai Peninsula, against which Egypt provides a vital defense. 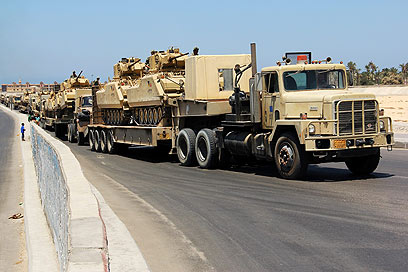 “Israel knows that if the lack of presence of the Egyptian military in Sinai poses a danger to it even more than it does to Egypt,” al-Sisi said in an interview aired Monday. Continue Reading »

Another Terrorist Kills Himself in ‘Work Accident’

The founder of a terrorist group in the Sinai, responsible for killing of 8 Israelis in 2011, dies as his car-crash detonated bomb he was transporting.

A Sinai-based terrorist group has acknowledged that one of its founders, who took part in the 2011 coordinated attack on Eilat that killed eight Israelis, died last Tuesday. The terrorist was involved in a car crash, which detonated the explosives he was transporting.

The terrorist, identified as Tuwafik Mohammed Frij or “Abu Abdallah,” was a leader of the Salafist Ansar Bayt al-Maqdis terror organization that has claimed responsibility for firing Grad rockets at Eilat. Continue Reading »