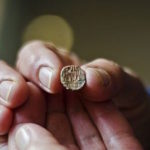 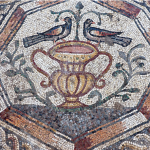 Israel opens for public viewing a 1,700 yr-old mosaic floor recently discovered during the construction of a new visitor center in Lod.

A 1,700-year-old mosaic floor uncovered in Lod was opened for public viewing for the first time on Monday. The mosaic was discovered during the building of a visitor center meant to display another mosaic that had been found in the same place 20 years ago. “At that time Lod was called Diospolis and was the district capital, until it was replaced by Ramla after the Muslim conquest. The building was used for a very long time,” Dr. Continue Reading »

Members of the Israel Caving Club uncovered a rare treasure including silver coins minted during the reign of Alexander the Great who conquered Israel during the Hellenestic period.

Israeli tourists discovered a rare treasure trove filled with 2,300-year-old coins, and silver and copper objects inside a cave in northern Israel. 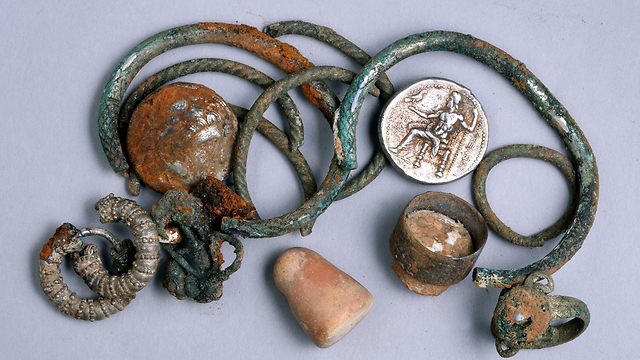 “Thanks to the work of honest citizens, we will be able to better understand the history of Israel,” said Amir Ganor, director of the Israel Antiquities Authority.

About two weeks ago, members of the Israel Caving Club – Reuven Zachai, his son Chen and friend Lior Hiloni – went out on a preparation trip in a large stalactite cave in northern Israel before the rest of the club members joined in. Continue Reading »

Israel Antiquities Authority official applauds the 5 divers for reporting their found treasure: ‘They discovered gold & have a heart of gold that loves the country & its history.’

The largest treasure of gold coins discovered in Israel was found in recent weeks on the seabed in the ancient harbor in Caesarea National Park, the Israel Antiquities Authority (IAA) said on Tuesday. 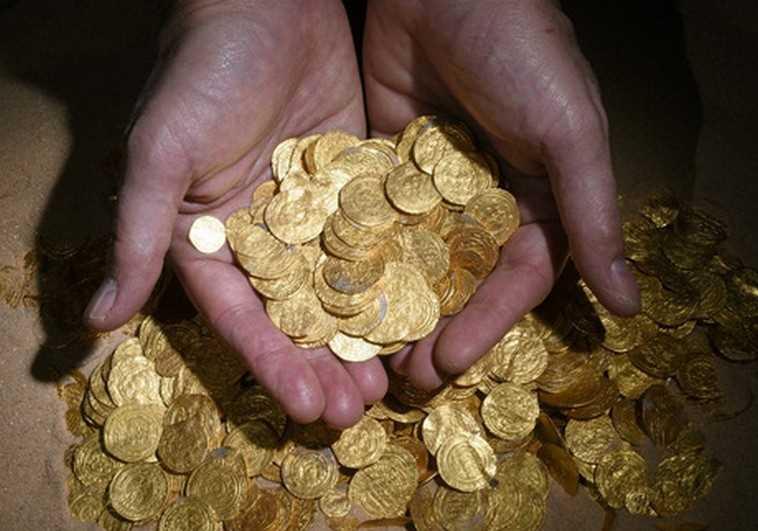 A group of divers from the diving club in the harbor reported the find to the IAA whose officials then went with the divers to the location with a metal detector and uncovered almost 2,000 gold coins from the Fatimid period (eleventh century CE) in different denominations: a dinar, half dinar and quarter dinar, of various dimensions and weight.

An archeology excavation mission being conducted in southern Israel revealed an impressive and yet unknown church covered with a breathtaking Byzantine mosaic. 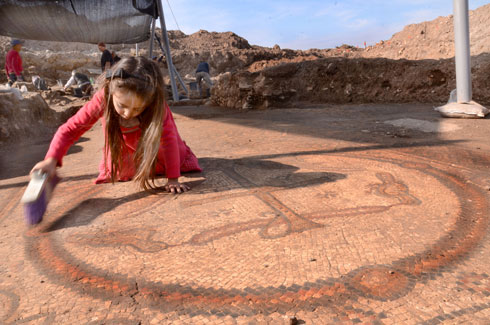 The Israel Antiquities Authority (IAA) discovery Wednesday near the Haredi community of Aluma near Kiryat Gat took place in wake of the prior discovery of the ruins of the infrastructure of what is believed to be an ancient city.

The major archaeological discovery points to a Davidic royal castle in Nahal Refaim.

It’s location, a secret, and will be announced in 10 days.

The location of a major archaeological find that was kept secret until now will be revealed to the public on Friday, next week. The find is being touted as a royal castle that could have belonged to Israel’s most celebrated king – the Bible’s King David.

The find is a decorated carved stone known as “a proto-aeolic capital” that is connected to a column. Only 30 such capitals have been found in Israel so far, and only five of them were found in areas in which Biblical-era kings lived. Continue Reading »