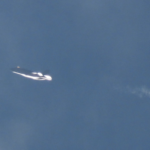 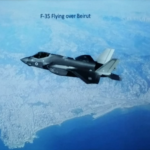 The source told the paper that intelligence services in Lebanon and neighboring countries have monitored extensive, encrypted communications between the Iranian Revolutionary Guards Corps and Hezbollah concerning the move. Nasrallah is meant to stay in Tehran for an indefinite amount of time and it is unclear when exactly he will return to Lebanon. Continue Reading »

Since the IDF & Moscow have an open operational hotline to avoid military clashes over the Syrian skies, a report cited by Russian and Lebanese media outlets that Russian jets challenged Israeli jets seems highly unlikely.

Israeli warplanes were intercepted by Russian fighter jets in Lebanese airspace on Monday morning, in what was deemed an unlikely clash between the two countries who have reached an agreement on averting confrontation in Syria and the wider region, according to a report by Hadashot news.

The two Israeli Air Force F-16 jets were said to have been been challenged by the Russian Sukhoi SU-34 jets over Tripoli, the report claimed citing Russian and Lebanese media outlets. Continue Reading »