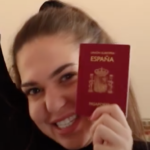 Portugal: The only country besides Israel with a Jewish ‘Law of Return’

By Cnaan Liphshiz
(JTA) — Until 2009, right-wing Portuguese politician Jose Ribeiro e Castro didn’t have much interest in the expulsion of his country’s Jewish community in the 16th century. That changed once Ribeiro e Castro opened a Facebook account.

Jose Ribeiro e Castro, shown speaking at the Portuguese parliament in 2012, said that for him, naturalizing the descendants of expelled Jews was “purely a historical and emotional goal.”